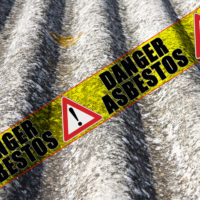 The Parker v. Mobil Oil case continues to exhibit a substantial effect on toxic tort claims across New York. In a recent ruling, the Fourth Department of the New York Appellate Division upheld a jury award of damages to a plaintiff despite a lack of specificity in testimony regarding the level of asbestos exposure the plaintiff experienced. The case, titled Dominick v. Charles Millar & Son Co., affirmed a $4 million verdict awarded for pain and suffering related to the plaintiff’s asbestos exposure.

The Parker court set out a standard for admissible expert witness testimony on specific causation when multiple sources are blamed for a victim’s injuries. This standard has been interpreted in a myriad of ways by different New York state courts, some of which seem directly counter to one another. In recent months, one trial court judge ruled that the Parker standard requiring some level of quantification of a plaintiff’s exposure to a toxin might not apply to asbestos claims. In yet another case, a jury award in favor of an asbestos plaintiff was vacated based on a failure of the plaintiff’s expert to establish the quantity of asbestos exposure the defendant allegedly caused the plaintiff to experience.

In the most recently-decided case, plaintiff Nicholas Dominick filed a failure to warn claim against defendant Pacemaker Steel and Piping Co. (successor to Charles Millar & Son) based on alleged exposure to asbestos from products supplied by Pacemaker. Dominick had testified that he could see asbestos dust while working with the defendant’s materials. At trial, Dominick’s expert witness testified that, if the employee could see asbestos dust, then there was “massive exposure… capable of causing disease.”

When the jury ruled in Dominick’s favor, finding Pacemaker 30% liable for his illness, the defendant appealed. Pacemaker argued that the expert’s testimony fell short of the Parker standard, lacking the specificity regarding the amount of exposure required by the Court of Appeals in that case. The Fourth Department disagreed, ruling that the expert’s testimony was sufficient to establish specific causation. The Appellate Division’s opinion quoted another Court of Appeals case, Cornell v. 360 W. 51st St. Realty, in support of its decision. That opinion held that causation can exist whenever there is “evidence from which the factfinder can conclude that the plaintiff was exposed to levels of [the] agent that are known to cause the kind of harm that the plaintiff claims to have suffered.” The Appellate Division went on to note that Parker doesn’t require a “precise quantification or a dose-response relationship or an exact numerical value” to show specific causation. The Dominick court concluded that the expert’s claim that visible asbestos dust meant “massive exposure” met these standards.

For skilled legal assistance with a New York insurance coverage, products, toxic tort, or environmental litigation claim, contact the Islip offices of Richard A. Fogel for a consultation, at 516-721-7161.