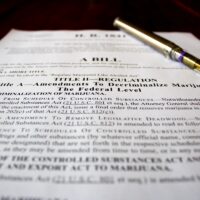 In an earlier post, we discussed the newly-minted CPLR 3101(f) “Comprehensive Insurance Disclosure Act”. We also discussed rumors that Governor Kathy Hochul was sympathetic with sentiments that the burdens imposed by the bill were overly broad. There was talk of a less restrictive version of CPLR 3101(f) that might be in the works. Now, just a couple of months after the passage of CPLR 3101(f), the Governor has indeed signed into law a bill loosening some of the most onerous requirements. Read on to learn about the amendments to CIDA, as well as what the amended bill does not fix, and call a savvy New York insurance coverage attorney for help defending against overbroad insurance coverage claims.

On December 31, 2021, Governor Hochul signed into law the Comprehensive Insurance Disclosure Act (CIDA) as CPLR 3101(f). CIDA added a number of discovery requirements for parties in lawsuits pertaining to their insurance coverage. The CPLR always required disclosure of insurance policies applicable to the claim, if any. The amendment was allegedly aimed to curb “delay tactics” by defense attorneys by mandating disclosure of all insurance policies potentially applicable to the matter at bar, even absent a specific request by the plaintiff, and adding further requirements. It was pretty obvious that the amendment resulted from heavy lobbying by the plaintiff’s personal injury bar, some of whom are members of the New York State legislature. Defense lawyers and members of the insurance industry objected to the hastily drafted amendment, concerned that it was overbroad and created an onerous and unjustifiable burden on defendants and insurance providers alike.

In response to these concerns, the New York Senate quickly passed S7882-A, a bill amending several of CIDA’s provisions. Although CPLR 3101(f) lives, the latest amendments alleviated some of the more troublesome aspects of the disclosure law. Pursuant to the amended law:

The core of CIDA, however, remains. Among other things, CIDA still requires defendants to make periodic certifications attesting that the disclosed information “is accurate and complete, and that reasonable efforts have been undertaken,… and will be undertaken, to ensure that this information remains accurate and complete.” CIDA thus still imposes an ongoing burden on litigants to disclose any new policies or newly-discovered insurance information that might pertain to the matter at bar. CIDA also remains self-executing; defendants and defense counsel have the burden of disclosure, regardless of whether specific requests are made by the plaintiff.

Senate Passed, Then Recalled, an Even More Favorable Bill

The version of the bill signed by Governor Hochul was not actually the first “CIDA Light” amendments passed by the Senate. As originally passed, the bill limited the mandated disclosures to apply to policies “sold or delivered within the state of New York.” The Senate then recalled that version of the bill (S7882) and replaced it with S7882-A, changing that language in subsection (f)(1)(i) to “insofar as such documents relate to the claim being litigated.” The change likely reflects fears from personal injury attorneys that CIDA would be significantly defanged should it apply only to policies originating from New York.

For experienced and effective legal guidance on a New York insurance defense or toxic tort claim, contact the Islip offices of Richard A. Fogel at 516-721 -7161.