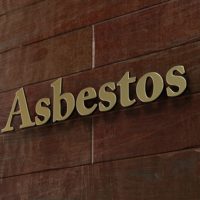 A federal court in New York’s Southern District has recently ruled that a plaintiff who could recall only a single three-hour incident of exposure to a defendant manufacturer’s product that may have contained asbestos was not sufficient to support causation of mesothelioma in a claim for damages against that manufacturer.

The recently-decided case, Holzworth v. Alfa Laval, Inc., was based on a lawsuit for wrongful death filed by the estate of William Holzworth. Holzworth was diagnosed with mesothelioma in 2012, after a long career in construction and several years spent in the Navy. He claimed that he was exposed to asbestos throughout his career by various manufacturers’ products. He testified to one incident in particular where he believed he was exposed to asbestos by a Burnham product. While cleaning up debris from a fire-damaged home, he encountered a heater covered in asbestos insulation, and recalled seeing a Burnham label on the pump that connected to the heater (though not on the heater itself). Holzworth estimated that he spent three hours removing the heater from the site. Holzworth included Burnham among the defendants to his lawsuit, along with other companies. Burnham filed a motion for summary judgment, arguing that Holzworth had failed to establish that the asbestos-protected heater had been manufactured by Burnham, and that, even if it were, a single exposure lasting three hours was not enough to constitute a substantial factor causing his illness.

The defendants had the case moved to federal court, which forced the judge to determine whether he should apply New Jersey or New York law under a choice of law analysis. He concluded in his opinion that the standards for establishing causation based on exposure to a toxic substance were sufficiently similar in New York and New Jersey that they did not conflict, and that the plaintiff had failed to establish sufficient exposure to satisfy either state’s test. The opinion concluded that a single three-hour-long exposure to an asbestos-containing Burnham product in the span of a 55-year-long career in construction is not enough to establish causation in support of a claim for money damages. The judge dismissed the plaintiff’s claims against Burnham.

The opinion noted that, under New York law, a plaintiff in a toxic tort had the burden of proving that he had suffered a sufficient amount of exposure to result in the plaintiff’s alleged health condition, and cited to the New York case titled Parker v. Mobil Oil Corp. as having established the standard for showing causation under New York law. The Parker opinion established important precedent in the area of sufficient exposure to support causation of a plaintiff’s illness, and deserves a closer look. In Parker, the plaintiff had been a longtime attendant at Mobil gas stations. He developed acute myelogenous leukemia, a form of cancer linked to exposure to benzene, a substance found in gasoline. Parker filed a lawsuit against Mobil Oil based on his injuries, using expert witnesses in support of his claim who did not offer a specific amount of benzene to which they believed Parker had been exposed.

Mobil argued that the opinions offered by Parker’s experts failed to establish a causal link between Parker’s illness and his exposure to Benzene on the job. In particular, Mobil argued that Parker’s experts failed to offer a specific amount of benzene to which he had been exposed, and that the majority of current research supported the theory that individuals would not be at risk of developing leukemia when exposed to less than a certain quantity of benzene. In opposition, one of Parker’s experts produced a small study which found that even low amounts of benzene exposure which occurred over many years could cause leukemia, but still failed to quantify Parker’s exposure.

Mobil filed a motion to dismiss Parker’s claims for their lack of evidence on causation. The Court of Appeals, New York’s highest court, dismissed Parker’s claims. The Court’s opinion noted the difficulty in quantifying exposure to a toxin. The Court found that toxin exposure need not always be quantified precisely when attempting to prove causation, but that causation must nevertheless be established via a method generally respected by the scientific community. The opinion pointed out that Parker’s experts had failed to offer even estimates of exposure based on Parker’s work history, or comparisons to how much exposure Parker experienced relative to the subjects of other benzene exposure research, and thus had failed to offer a scientifically-supported theory of causation of Parker’s illness.

For assistance in corporate or insurance defense matters relating to environmental litigation, toxic torts, or product liability, contact the knowledgeable and experienced Islip insurance defense attorney Richard A. Fogel for a consultation, at 516-721-7161.