Court Looks at Whether Homeowners Retain Coverage after Move 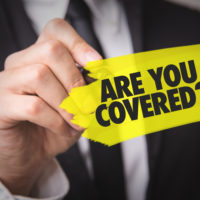 A recent case before a trial judge of the New York Supreme Court in Steuben County asked the judge to determine whether the owners of a home were covered by their insurance policy after that home was destroyed by a fire. The case, titled Harrison v. Allstate Indemnity Co., was filed after Allstate disclaimed liability for the fire damage.

Charles and Kathryn Harrison were the plaintiff insureds for a home in Pine Hill. When Kathryn’s mother, who lived between five and six miles away on Dodge Avenue, became very ill, the couple relocated to her home to care for her. Eventually, the couple changed their mailing and driver’s license addresses to the Dodge Avenue address, and filed their taxes using that address. Charles contacted their insurance agent to provide notice that they were living on Dodge Avenue, and they began to receive their policy renewals and home insurance bills at that address. The Harrisons allowed their sons, a cousin, and a friend to stay at the Pine Hill home at various points.

When the home was destroyed in a fire, the Harrisons submitted a claim through their Allstate policy. Allstate disclaimed liability on the basis that the Harrisons hadn’t lived in that home for over two years, meaning that the home no longer qualified as a “dwelling” under their policy. The Harrisons filed a lawsuit against Allstate after the denial of their claim, and Allstate filed a summary judgment motion to dismiss the claim.

The court denied Allstate’s motion and allowed the lawsuit to move forward toward trial. The court’s opinion pointed out, “it is axiomatic that “(i)nsurance contracts must be interpreted according to common speech and consistent with the reasonable expectation of the average insured. . . If insurance policy language is doubtful or uncertain, this creates an ambiguity which must be resolved in favor of the policy holder.” The opinion explained that “dwelling” was defined in the Harrisons’ policy as a “one, two, three or four family building structure located at the residence premises where the insureds reside and which they use as their residence.” However, the contract didn’t include a definition of “reside.”

Allstate argued that the length of time that the Harrisons had been away from the home, coupled with the fact that they had changed their mailing and driver’s license address to the Dodge Avenue address, indicated that they had no intention of returning to the home. However, the Harrisons argued that the time away from the home was only temporary and targeted at caring for Kathryn’s mother until she recovered or passed away, after which they would return to their home. They also noted that they had left all their possessions in the home, taking only clothing with them to Dodge Avenue. Additionally, Charles returned regularly to care for the home and spend time with his son, who was staying there. The couple continued to pay taxes on the home and never charged rent to any of its occupants. The court concluded that, without a definition of “reside” in the policy, a reasonable person could conclude that they continued to be “residents” by continuing to maintain the property, leaving personal possessions there, and acting in other ways that were consistent with the assertion that they always intended to return. The court dismissed the summary judgment motion and permitted the claim to move forward toward trial.