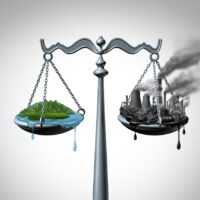 A recent decision from the federal appeals court governing New York may lead to significant liability for major chemical manufacturer DuPont. The appellate court disagreed with the trial court, which had excluded the plaintiff’s expert testimony to be used against DuPont and consequently kicked the case. The appellate decision could have a significant impact on future toxic tort cases that wind up in federal court. Read on for details about the case and the appellate court’s decision, and call an experienced New York toxic torts defense attorney if you need help defending against toxic tort claims.

The case titled Sarkees v. E. I. DuPont de Nemours and Co. concerns a former employee of Goodyear Tire & Rubber Company (Goodyear). The plaintiff alleges that he was exposed to the chemical ortho-toluidine (OT), contained in a product called Nailax that the plaintiff used regularly while working at Goodyear in 1974. The defendant and its predecessor manufactured Nailax.

The plaintiff claimed that he contracted bladder cancer in 2016 as a result of exposure to OT. Studies have found a causal relationship between OT and urinary-bladder cancer in humans, including a 2014 report from the U.S. Department of Health and Human Services.

The plaintiff sought to introduce testimony from an expert witness as to general and specific causation. The district court ruled that plaintiff’s expert’s testimony was too tenuous to demonstrate causation and ordered the testimony excluded. Having excluded the plaintiff’s primary evidence of causation, the court granted DuPont’s motion for summary judgment, effectively dismissing the case.

In excluding the expert’s testimony, the district court relied on the New York Court of Appeals’ decision in Parker v. Mobil Oil. Parker set a relatively high standard for proving both general and specific causation (i.e., how the plaintiff must show that the chemical in question causes the noted illness and that the plaintiff was exposed to sufficient quantities of the chemical to cause their specific illness). As we’ve previously discussed, the standard for proving causation has been relaxed in more recent New York decisions.

On appeal, the Second Circuit did not address the district court’s application of Parker. Instead, the court ruled that the admission of expert testimony is a “procedural” matter, rather than a “substantive” matter. When a federal case concerns state law allegations (for example, when federal jurisdiction is based on diversity, meaning the parties are from different states), the federal court is obligated to apply state law to substantive matters (such as what constitutes an injury) but must apply federal law to procedural matters (such as whether certain types of evidence are admissible). When it comes to expert testimony, the question of admission may be an important, deciding factor in many tort cases, but the Second Circuit made clear that it still counts as “procedural.”

The Second Circuit analyzed the expert’s opinion under Federal Rule of Evidence 702 and Daubert (the landmark federal ruling concerning expert testimony). The appeals court found that the expert was properly qualified and that their methods and research pertaining to causation were sufficiently reliable and scientific to be admissible. The weight of the expert’s opinion will be a matter for the jury to decide, but the expert’s opinion should not have been excluded wholesale under the federal standard.

Based on the Second Circuit’s opinion, toxic tort defendants can expect to face an uphill battle when fighting to exclude expert testimony in federal court. The court’s opinion appears to indicate that an expert’s testimony will be admissible so long as they rely on scientific studies and render causation opinions consistent with those studies, without needing to meet the higher causation burden imposed by New York state law.

For considered and effective legal advice and representation regarding a New York toxic tort or insurance defense claim, contact the Islip offices of Richard A. Fogel at 516-721-7161.