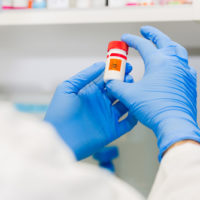 After forty years without an update, the Toxic Substances Control Act (TSCA) has recently been updated by Congress. The amended laws, passed under the Frank Lautenberg Chemical Safety for the 21st Century Act, will vastly expand the powers of the Environmental Protection Agency (EPA) to regulate chemical production in the US.

The list of chemicals currently registered for use under the TSCA includes over 84,000 entries, but only a small number of these are currently used by American manufacturers, and thousands have entered the market without review. The updated TSCA will reset the inventory of chemicals entirely. The EPA now has the job of identifying and testing the safety of all chemicals recently or currently in commerce. Since chemicals will no longer be grandfathered in, manufacturers and processors will likely be required to produce a list of all chemicals they are currently making or processing, as well as those they made or processed in the recent past. From these lists, the EPA will prioritize which chemicals pose the greatest potential risks, and evaluate those first.

For existing chemicals, the EPA will first conduct a risk evaluation of that chemical, followed by risk management of that chemical if it is found to pose a risk to the market. Under the updated law, the EPA will conduct an evaluation of the chemical’s risks without a consideration of the cost or benefits. If the EPA determines that a chemical poses an “unreasonable risk of injury to health and the environment,” it can take additional measures to limit the risk to the public, from requiring that products containing the chemical are labeled with the possible risk to consumers, to banning the use of the chemical altogether.

When evaluating new chemicals, the EPA will require that it has a chance to evaluate the chemical before it enters the marketplace. The EPA will conduct an assessment of the risks posed by the chemical, without regard to cost, within 90 days, but can extend that time limit to 180 days if it requires more time.

Costs of testing placed on backs of manufacturers

The costs of the additional testing requirements will be passed along, at least in part, to the manufacturers. When conducting a risk assessment, or when a chemical is subject to a testing requirement, the EPA will now have the ability to assess higher fees on companies which are acting as processors or manufacturers when testing the safety of a chemical. In fact, the EPA may impose up to 100% of the cost of testing on companies which request review of a chemical they make or process. The EPA now has the power to order testing of a chemical without first creating a rule, making testing a much faster process.

Some experts suggest that the new laws will have an outsized impact on smaller chemical manufacturers. The costs of testing being imposed in a greater share on companies, as well as the ability of the EPA to order testing, may be burdensome on small producers. Additionally, many questions remain about what will qualify a chemical as “safe,” as well as what will be required in the testing process. Companies are encouraged to take advantage of the comment period once the new rules are made available, which is expected to occur in December of 2016.

For assistance with legal issues relating to environmental or toxic tort defense, contact the experienced New York commercial insurance and toxic tort defense attorney Richard A. Fogel for a consultation at 516-721-7161.