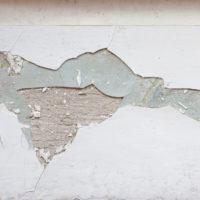 In two recent lead paint cases before New York’s Appellate Division, Fourth Department (Buffalo), the court held that the landlords were not entitled to a dismissal of their former tenant’s claims on motions for summary judgment because there were questions of fact based upon the factors set forth by New York’s highest court, the Court of Appeals, in Chapman v. Silber, 97 N.Y.2d 9, 734 N.Y.S.2d 541 (2001).

In the case of Manford v. Wilber, 128 A.D.3d 1544, 8 N.Y.S.3d 847 (4th Dep’t 2015) the tenant lived in an apartment owned by the defendant for one year as a child. The tenant sued the landlord for, among other things, negligent abatement of a hazardous lead paint condition. The landlord argued in a motion for summary judgment that there was not a sufficient issue of fact regarding whether abatement of the lead paint hazard in the apartment had been negligent to warrant a trial and that he did not have actual or constructive knowledge of the dangers of lead paint to children, which is a required element in Chapman in holding a landlord responsible for harm caused by lead paint. The Fourth Department agreed with the trial court (Oswego County), finding the evidence showing that plaintiff’s blood lead level rose while defendant allegedly performed the abatement was sufficient to warrant that the lawsuit for negligent abatement should move forward. Moreover, the landlord had testified that he had spent years working in a painters’ union, remodeling homes that would eventually be inspected by the U.S. Department of Housing and Urban Development. The court found this evidence could be sufficient for a jury to conclude that the landlord knew or should have known of the dangers of lead paint to children. The decision does not cite or otherwise address the pre-Chapman decision of the Second Department (Brooklyn) in Andrade v Wong, 251 A.D.2d 609, 675 N.Y.S.2d 112 (2nd Dep’t 1998) where the landlord (represented by Richard A. Fogel, Esq.) made a similar notice argument that was upheld by the court, but in Andrade there was no contradictory evidence creating a question of fact. The decision does not address whether the apartment was a multiple dwelling, which is also a critical factor. It also fails to explain whether the abatement took place while tenant remained in the apartment, always a bad idea.

In Wood v. Giordano, 128 A.D.3d 1488, 8 N.Y.S.3d 816 (4th Dep’t 2015), the tenant sued a landlord who owned an apartment in which plaintiff lived as a child for lead poisoning injuries and also had a theory based upon negative abatement. The landlord moved for summary judgment claiming lack of notice as in the Manford, which was denied by the lower court (Monroe County). The Fourth Department held that plaintiff had shown that there was a question of fact under Chapman if the landlord had constructive notice, because there were questions of fact of whether (1) the landlord knew the apartment was built before lead-based paint was made illegal (2) had access to the apartment (3) knew paint was peeling (4) knew that lead paint was hazardous to children, and (5) knew that a child lived in the apartment in question. Moreover the landlord failed to expressly address his motion to the negative abatement cause of action. Accordingly, the motion for summary judgment was denied. This decision also did not address Andrade, nor explain if there was a multiple dwelling involved or the facts concerning the negative abatement claim.

If you are a landlord facing a lawsuit for negligent abatement, remediation, or negligently allowing a lead paint condition to exist, seek legal help from an attorney who is knowledgeable both about the requirements under the law for lead paint remediation, and who has defended both individual landlords and insurers on these claims. For a consultation on your lead paint defense claim, contact the New York Law Offices of Richard A. Fogel, P.C., at 516-721-7161, or rfogel@rfogellaw.com.