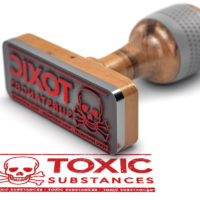 In a case where both the insured and insurer were late in providing notice, the First Department of the New York Appellate Division concluded that the insured had a stronger argument. The court ruled that, despite several potential grounds for disclaiming coverage, the insurer was obligated to defend the additional insured on a worker’s hazardous substance exposure claim. Learn more about the toxic exposure case and what it means to be additionally insured means, and contact an experienced New York lead poisoning attorney for help in an insurance coverage dispute.

The case titled Vargas v. City of New York et al. was based on a worker’s claims of exposure to “dangerously high levels of lead dust and other hazardous substances” during his time on a public transportation project for the City of New York. The worker was employed by a sub-contractor, L & L Painting Co. In securing the contract, L & L agreed to obtain an insurance policy which named the City and the project’s general contractor as additional insureds. L & L obtained a policy through Liberty Insurance Underwriters. The insurance policy included a disclaimer for lead exposure.

The worker filed his personal injury claim on May 9, 2013, claiming that he had been exposed to lead dust on the job. The City did not provide notice of this claim to Liberty until February 4, 2014, when the City filed a third-party action based on the worker’s suit. The court concluded that no investigation was needed to determine that the City had not provided timely notice of this claim, nor was it needed to determine that Liberty could disclaim coverage on the basis of the policy’s lead exclusion. Had investigation been needed to uncover these facts, Liberty may have had a legitimate basis for its delay in disclaiming coverage. Nevertheless, Liberty did not send a letter disclaiming coverage on the basis of the lead exclusion until October 24, 2013. The City argued that Liberty had delayed too long in disclaiming coverage and should be found obligated to defend. The trial court agreed, and Liberty appealed this decision.

Liberty argued that it had a right under New York law to wait until it filed its answer to the City’s claim to disclaim coverage. Since Liberty had requested additional time from the City to file its answer to the lawsuit, it argued that the City had thus waived its argument that Liberty’s disclaimer of coverage had come too late. However, the Appellate Court rejected this argument. The court’s opinion went on to explain that, even if Liberty had filed its lead exclusion disclaimer on time, it would still be obligated to defend the City. The opinion noted that the worker claimed he had been poisoned by both lead “and other hazardous substances.” Since coverage for injuries caused by “other hazardous substances” were not excluded by Liberty’s policy, Liberty did not have a basis to disclaim.

If you need professional, knowledgeable, and seasoned legal help with an insurance defense or toxic exposure claim in New York, contact the offices of Richard A. Fogel at 516-721-7161.