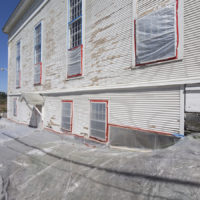 The Fourth Department (Buffalo) of the New York Appellate Division, reversed the trial court’s summary judgment for a property owner that dismissed a lead paint personal injury lawsuit brought by former tenants suing many years later as adults for their alleged cognitive and psychiatric injuries caused by childhood lead poisoning. Under New York law, the three year negligence statute of limitations for injuries to a child does not commence to run until the child reaches age eighteen. In Rodrigues v. Lesser, 24 N.Y.S.3d 816 (4th Dep’t 2016) plaintiffs claimed that the landlord was negligent in owning and maintaining their apartment, and in failing to abate the lead paint in their apartment. The lower court dismissed the claim on summary judgment at the close of discovery based upon lack of notice of the lead paint. The Appellate Division reversed, allowing the plaintiffs’ claims to go to trial.

The Appellate opinion explained, “a landlord may be found liable for failure to repair a dangerous condition, of which it has notice, on leased premises if the landlord assumes a duty to make repairs and reserves the right to enter in order to inspect or make such repairs. . .” Put another way, the plaintiff must demonstrate that the landlord had actual or constructive notice of, and a reasonable opportunity to remedy, the hazardous condition.

Defendant argued that: 1) no evidence existed showing that there was a hazardous condition in the apartment; 2) she did not have actual notice of a hazard, and 3) any exposure the plaintiffs did experience in the apartment wasn’t a cause of their injuries. The Appellate Division noted that defendant was obligated to affirmatively prove its defense on a motion for summary judgment, rather than just rely on the absence of proof from the other side, and the defendant had not presented any evidence that there was no lead paint in the apartment.

The appellate court further held that the landlord had failed to show that she did not have actual or constructive notice that a lead paint hazard existed. The local county Department of Health issued documents to the landlord notifying her that lead paint existed in the apartment. Additionally, there existed a question of fact as to whether the landlord had constructive notice of the lead paint hazard because the defendant retained a right to enter the apartment to complete repairs, knew that the apartment had been constructed at a time when lead paint had been used, and knew that children lived there. Testimony from a deposition of the plaintiffs’ mother described complaining about chipping paint in her apartment, and the landlord’s deposition testimony stated that that lead was harmful if swallowed. The Appellate Division ruled that this evidence was sufficient to raise a legitimate question of fact from which a jury could find that the landlord had notice of a hazardous lead paint condition. The Appellate Division also ruled that, based on submissions of reports from a clinical psychologist stating the opinion that the plaintiffs’ injuries resulted from “significant” lead paint exposure, there was still a triable question of fact as to whether the plaintiffs’ exposure in the building could have caused their injuries.

This case demonstrates the difficulty of defending lead paint claims, especially many years after the tenants left the apartment when it is difficult to locate key evidence. If you are a landlord seeking a thorough and experienced attorney to defend you against claims of negligent lead paint abatement or other toxic tort claims, contact New York lead paint and toxic tort lawyer Richard A. Fogel for a consultation on your claims, at 516-721-7161.