Talcum Powder Verdict Against Johnson & Johnson Cut in Half 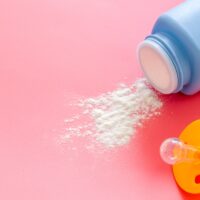 Pharmaceutical and consumer goods powerhouse Johnson & Johnson was subjected to a multi-billion dollar verdict in July 2018 related to allegations that its baby powder products contain carcinogens. Johnson & Johnson appealed the verdict, arguing that there were flaws with the trial. An appeals court recently upheld the verdict but cut the jury award in half. Read on to learn about the case, and call a seasoned New York insurance defense attorney for help defending against product liability or toxic tort claims.

Over the last few years, a number of claims have been brought alleging that Johnson & Johnson’s talc-based baby powder contains asbestos. Exposure to the talcum powder allegedly causes mesothelioma and ovarian cancer, and according to the allegations, Johnson & Johnson was aware of the dangers and failed to warn customers. The company has reached settlements in several of the cases and faced large jury awards in others. By late 2019 and mid-2020, Johnson & Johnson finally elected to pull the baby powder products from the shelves, while continuing to deny the allegations.

The largest verdict came down in Missouri. A group of 22 plaintiffs sued Johnson & Johnson claiming that the company’s talc-based baby powder caused them to develop ovarian cancer. In July 2018, a jury found for the plaintiffs and ordered the company to pay a massive $4.7 billion in damages to the injured plaintiffs. The defendant appealed the verdict, finding fault with both the proof adduced at trial and the size of the award.

A Mixed Loss on Appeal

Johnson & Johnson argued on appeal that there was a lack of evidence to warrant such a substantial jury verdict. The vast majority of the award ($4.14 billion) constituted punitive damages, punishment for the company’s alleged bad acts. The award was calculated by looking at the company’s annual profit for sales of the product at issue while it was allegedly knowingly denying the carcinogenic effects. Only $550 million constituted compensatory damages for the harm suffered by the plaintiffs.

The court of appeals was not sympathetic to Johnson & Johnson’s quibbles with the evidence. The court found that there was “clear and convincing evidence that defendants engaged in conduct that was outrageous because of evil motive or reckless indifference,” and that, “[m]otivated by profits, defendants disregarded the safety of consumers, despite the knowledge that talc in their products caused ovarian cancer.”

The court, however, found that it had authority only to award damages to plaintiffs located within the state of Missouri. For that reason, the court upheld the portion of the award attributable to the five Missouri plaintiffs, constituting $500 million in compensatory damages and $1.6 billion in punitive damages, for a total of $2.1 billion. The Missouri court’s ruling comes after a New Jersey court decided in April 2020 that plaintiffs were allowed to use expert testimony to show that the talc product could be contaminated with asbestos.

For seasoned and effective legal guidance on a New York products liability or toxic tort claim, contact the Islip offices of Richard A. Fogel at 516-721-7161.