Success on Appeal for Law Offices of Richard A. Fogel 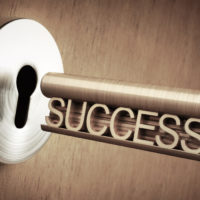 The Law Offices of Richard A. Fogel recently won an important victory on an appeal of a denied summary judgment motion. The Second Department of the Appellate Division, in a wild and rare split decision, sided with our client, GEICO Insurance, and granted a motion dismissing the underlying plaintiff’s complaint for a declaratory judgment for insurance coverage. The case is titled Garcia v. Government Employees Insurance Company, Index No. 4844/13 (2d Dep’t, June 28, 2017).

The case arises from an accident that occurred at a Brooklyn pizzeria on May 19, 2006 when an executive assistant drove her bosses’ (GEICO’s insured’s) car through a plate glass window, pinning the plaintiff between the car and the counter. The plaintiff received a judgment against the insured and collected from her GEICO auto policy but sought the balance of the judgment from the insured’s GEICO umbrella policy, but the insured’s umbrella policy had been terminated the midnight before the accident because of non-payment of a final installment of the premium. The amount unpaid was the exact amount of the premium increase because the insured had asked to increase the liability limits from $1 million the year before to $2 million in the renewal. The insured paid enough premium for the $1 million but never paid the increase. The claimant argued that the insurance was still a $1 million policy and the amendment was severable, and the lower court denied summary judgment to the insurer on the issue. The Appellate Division reversed, holding that the $2 million indemnity limit is not severable in a 3-2 decision, an extreme rarity for the 2d Department. Indeed, only 4 judges heard the oral argument and they were split 2-2, so a 5th judge read the papers and cast the deciding vote.

The Appellate Division noted that when the insured increased the policy limits, the amended policy stated that it “supersede[d] any previous declaration. . . for this policy period.” While Rakowski paid the $306 premium, which mirrored her premium amount from the prior year, she failed to pay the additional $199 due based on the increased coverage limit. The insured received a Notice of Termination in November 2005 that, if she did not pay the $199, her policy would be cancelled at 12:01 am on May 19, 2006, which was the conclusion of a prorated period of coverage by the $2 million policy. GEICO also tried to notify the insured just before and also after cancellation by telephone and email. The accident injuring the plaintiff occurred later in the day on May 19, after the policy cancellation.

The plaintiff argued that his claim should not be dismissed because GEICO’s cancellation of the umbrella policy was invalid. Garcia contended that the umbrella policy increase was severable. In other words, that $306 payment was sufficient for coverage of up to $1 million, and her failure to pay the additional $199 only meant that the second $1 million in coverage was unavailable.

While the trial court and the dissent agreed with this argument, the majority of the Appellate Division did not, holding that an insurance contract is only divisible “when the contracting parties intend that it be divisible.” Policies are divisible when the policy covers separate properties or types of risk. For example, as in the case cited by plaintiff, when a policy covers two different cars but the insured only paid the premium for one of the cars and that was the car involved in the accident. Where liability limits on an entire policy were increased, rather than only on one component of a policy, but increased premiums were never paid, the Court of Appeals (in a case relied upon by GEICO) holds that the policy increase isn’t divisible so that it would provide a reduced amount of coverage. The majority ruled that neither the GEICO umbrella policy nor the notice of cancellation that insured received six months before the policy was cancelled, was ambiguous. The insured received the benefits of the $2 million liability coverage she paid for so there was no forfeiture of her premium payment. “That [the insured] ‘just missed’ being insured for the injuries caused to Garcia is unfortunate, but nonetheless irrelevant to this analysis. GEICO sent its cancellation notice more than six months before [the insured’s] vehicle struck Garcia. We are not free to alter the meaning of the policy to avoid the result caused by [the insured’s] nonpayment of the premium for her $2,000,000 policy,” the opinion concluded.