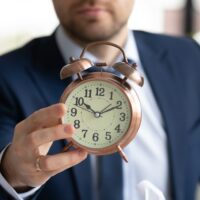 Nearly every legal claim has a statute of limitations. The statute of limitations is the time limit for bringing a legal claim, typically tied to the date on which the circumstances giving rise to the claim arose. In a personal injury case, the limitations period typically starts when the injury occurred–when the plaintiff was injured by a defective product, for example. Toxic exposure cases can be more complicated, as it can be difficult to determine when a plaintiff was last exposed or when they should have realized they were injured. Regardless, during the COVID-19 pandemic, Governor Cuomo issued an executive order pausing the statute of limitations for civil claims. The nearly eight-month pause was finally lifted in November. Read on to learn how this may affect your liability, and call a dedicated New York toxic tort, defective product, and insurance coverage defense attorney for help defending against toxic tort claims.

The Statute of Limitations in a Toxic Tort Case

The general statute of limitations (SOL) in New York for a personal injury case based upon negligence is three years (except in medical malpractice claims which is two and half years due to intensive lobbying by the medical community). If a plaintiff waits more than three years after injury to file their claims, they lose their right to pursue damages. In a typical personal injury case, the start date for the three-year clock is clear: the date of the car accident, product exploding, dog bite, etc. Toxic exposure cases can, however, be more difficult because the injured person does not always know he has been injured. For example, consider the exposure to a known cancer-causing agent such as asbestos or radiation. Cancer routinely takes years to develop and exhibit symptoms. Even then the injured person may not know what caused the cancer.

New York has a special provision for toxic exposure injuries. CPLR section 214-C codified the “discovery rule”, which stays the three-year time period until the earlier of either the date the plaintiff discovered the injury or the date on which the plaintiff should have discovered the injury through the exercise of reasonable diligence. That means that if a person starts showing cancer symptoms years or decades after exposure to a toxic chemical such as asbestos, they might still have several years within which to file their claims. Moreover, section 214-C provides additional time for a plaintiff who discovers symptoms of an illness but does not know the cause of the illness. If they discover the cause of the illness, or they should have discovered the cause of the illness by exercising reasonable diligence, within five years of noticing symptoms, they have an additional year after the date of discovering the cause within which to file for damages.

Calculating Statute of Limitations in Light of the Governor’s Actions

Gov. Cuomo suspended the statute of limitations for civil claims during the pendency of the COVID-19 emergency. The toll or suspension originally started on March 20, 2020, and was then extended multiple times before finally expiring on November 4, 2020. If a plaintiff had an injury claim against your organization, and the statute of limitations was set to expire during that period, they might still have the right to bring a claim for damages.

How the executive orders (EO) affected the statute of limitations for a given claim turns heavily on whether the action was a “toll” or a “suspension” of the SOL. Different orders used different terms, leaving lawyers and legal scholars unclear on which term applies. They have significantly different legal consequences.

If it was a “suspension,” then the statute of limitations did not stop accruing days while the EOs were in effect. Instead, litigants were simply given an extension until the end date of the EO, a grace period if the SOL expired between March and November. Any SOL set to expire during March and November was simply extended until November 4.

If it was a “toll,” then the clock for every covered SOL was truly paused while the EO was in place. If an SOL was set to expire between March and November, a plaintiff will have additional days after November 4 within which to file their claim. Different legal scholars and judges have put out competing opinions about whether Gov. Cuomo put into place a toll or a suspension.

If it Was a Toll

If it was a toll, then plaintiffs have extra days after November 4 to bring claims that would have expired. To calculate the new expiration date for the statute of limitations, you must count the number of days between March 20, 2020, and the date that the claim would have originally expired. Then, you add that number of days to November 3, 2020.

For experienced and dedicated legal guidance on a New York toxic tort or insurance defense claim, contact the Islip offices of Richard A. Fogel at 516-721-7161.