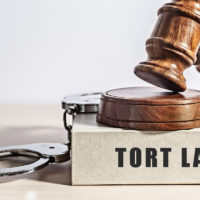 A law that could mean greater financial liability for defendants in tort lawsuits in New York has received approval from the state’s assembly and senate and will move on to Gov. Andrew Cuomo for approval or veto. Learn more below about the possible changes to New York’s General Obligations Law, and contact an experienced New York toxic tort and insurance defense lawyer with additional questions.

Critics of the current version of section 15-108 argue that the law provides a benefit to defendants who are slow to settle with plaintiffs. They argue that the law encourages the defendants to wait on other named defendants to settle, since these settlements could reduce the liability of the hold-outs to little or nothing if a trial finds that the pre-existing settlement covers the full extent of the plaintiff’s damages. Even if the settlor is unable to pay the reached settlement due to insolvency, the non-settling party can still deduct the settlor’s equitable share from their own liability.

Immediately before the end of 2019’s legislative session, the New York State Legislature approved bill A2372/S6081. If signed into law by Gov. Cuomo, it would require a non-settling defendant to choose before trial whether their award should be reduced by the other, settling defendant’s equitable share of damages, or by the actual amount for which the party settled with the plaintiff. This new law could result in a plaintiff receiving a greater amount in damages than the amount awarded by a jury pursuant to trial. The law could be particularly problematic for defendants in asbestos cases, since other defendants rarely know the identities or settlement amounts of all parties being sued by the injured plaintiff. If approved by the governor, the bill would become law in January 2020.

If you need skilled and seasoned legal counsel in a New York toxic tort or insurance defense matter, contact the Long Island offices of Richard A. Fogel at 516-721-7161.