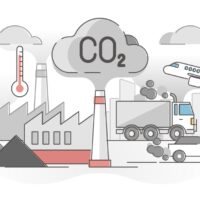 Climate change is real, and governments around the world should take steps to mitigate the problem. Suing individual companies for conducting legal business within the bounds of state and federal law is not one of those steps. New York City found that out the hard way recently when an attempted environmental tort lawsuit was shut down by the United States Court of Appeals for the Second Circuit. Read on to learn about the case and the court’s opinion, and call a knowledgeable New York environmental litigation and toxic tort attorney for help defending against toxic tort and contamination-related claims.

The City of New York attempted to take resolving climate change into its own hands with a recent lawsuit against oil manufacturers. The lawsuit named five multinational oil producers including Exxon, Chevron, BP, Royal Dutch, and ConocoPhillips, and alleged claims under New York’s state tort law. The City’s claims were based on several areas of New York tort law, including public nuisance, private nuisance, and trespass stemming from the defendants’ production, promotion, and sale of fossil fuels. The City aimed to collect compensation for the past and future costs of revising its infrastructure to prepare for climate change as well as an injunction against polluting activities. The case did not make it very far.

The trial court granted the defendants’ motion to dismiss the case. On appeal, the Second Circuit easily upheld the dismissal. The appellate court’s reasoning focused heavily on principles of federalism and keeping political matters out of court. The court stated that “global warming is a uniquely international concern that touches upon issues of federalism and foreign policy.” Such a matter “calls for the application of federal common law, not state law.” Moreover, the law gives the EPA the authority to regulate greenhouse gas emissions. Federal courts are not the venue for creating such environmental regulations. The City also conceded that the defendants’ commercial activity of selling fossil fuel products around the world is “admittedly legal.”

Finally, New York City’s nuisance claims went far beyond cognizable injuries within the State of New York. The City’s claims were not limited to pollution occurring within the state, but in fact attempted to hold the defendants liable for emissions across the whole country (and indeed, the world). The City’s claims sought to “impose New York nuisance standards on emissions emanating simultaneously from all 50 states and the nations of the world.” The federal Clean Air Act governs national pollution enforcement, and nothing gives the City the authority to sue based on alleged international pollution.

The federal government put into place a framework of environmental regulation to deal with national and international energy production. As explained by the appellate court, “the City effectively seeks to replace these carefully crafted frameworks –- which are the product of the political process –- with a patchwork of claims under state nuisance law.” For those reasons, the Second Circuit upheld the trial court’s dismissal of the City’s claims. The opinion is a significant blow against similar lawsuits filed against major oil producers by municipalities across the country.

The claims are legally more cognizant than appears at first glance. Private companies are often sued for otherwise legal activities that cause a nuisance, which is usually unintended harm. For example, companies engaging in legal industrial activities that cause noxious odors can be sued by neighboring properties for diminution in value and restraining orders. Lawsuits against tobacco companies were dismissed many times before one plaintiff succeeded. Same for gun manufacturers. Asbestos was a legal product when it was distributed, and that industry is now bankrupt. Same with lead manufacturers whose product was added to paint before 1970. Every one of these products was just as commonplace as petroleum and considered “essential.” The strategy of many lawsuits in many jurisdictions is a “tried and true” tactic. All it takes is one court, one jurisdiction, to sustain the claim.

Consider also that the Second Circuit’s reasoning for punting, declining to address “political and public policy issues,” is itself a political statement. Courts routinely address political and public policy issues that the legislators fail to resolve. Consider the Agent Orange lawsuits in which veterans sued Dow Chemical and others including the United States for cancer caused by exposure to the defoliant used in the Vietnam War. The case was ultimately resolved by the government agreeing to recognize cancer as a disability to the veterans caused by the war. The Second Circuit or the District Court here could have easily resolved the overbroad jurisdiction issue by limiting its relief to New York residents.

Quite simply, you have a legal product that is causing damage to New York residents regardless of whether the damage is unintended or not, and many highly qualified experts willing to testify and support that claim. When you examine the court’s legal reasoning more closely, it really is a case of the court declining to exercise jurisdiction even though it is within its power to do so and instead calling on the legislature to act. On the other hand, the court has punted before under similar circumstances, so it’s not a dereliction that it did so in this case.

For seasoned and thorough legal guidance on a New York environmental contamination or toxic tort claim, contact the Islip offices of Richard A. Fogel at 516-721 -7161.