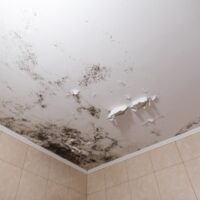 A trial court in Orange County recently handed a huge victory to landlords and other toxic tort defendants. In a thorough and well-reasoned decision, the court rejected an expert witness’s opinion that sought to connect general ambient exposure to mold in an apartment building to a litany of ailments suffered by the plaintiff. Continue reading for details about the court’s decision, and call a seasoned New York toxic torts defense attorney for advice and representation concerning toxic tort claims.

Mere Presence of Mold Does Not Prove Injury

The matter of Liese v. Hennessey involved a resident suing her landlord based on alleged exposure to mold on the defendants’ premises. The plaintiff claimed that exposure to Stachybotrys and Aspergillus mold in her basement apartment over a five-month period caused her to suffer a variety of medical conditions including fungal infection, respiratory disease, immunosuppression, sinus ailments, and asthma, among others. To support her claim, the plaintiff offered an opinion and proposed testimony from an infectious disease expert who was also one of the plaintiff’s treating physicians.

The defendant landlords sought to exclude the expert’s testimony on the grounds that the expert’s conclusions as to causation were unreliable, unscientific, and unsupported. Specifically, the defendants claimed that the scientific community did not accept that general inhalation of mold in a residential property could lead to the plaintiff’s alleged injuries, nor did she adequately connect the plaintiff’s specific exposure to her illnesses. The court agreed with the defendants and rejected the expert’s opinion.

The court in Liese conducted an exhaustive review of the case law on expert testimony concerning toxic mold exposure. In order for an expert’s opinion to be admissible, the expert must follow generally-accepted scientific principles concerning causation, evaluation of the specific toxin at issue, identifying the level or quantity of the plaintiff’s exposure, and connecting the plaintiff’s level of exposure to the alleged injuries. The toxic tort causation analysis is typically broken down into general causation–the identified toxin can cause the alleged injuries–and specific causation–the plaintiff was actually exposed to sufficient levels of the toxin to cause the alleged injuries.

For these reasons, the court refused to admit the expert’s opinion. The court’s decision highlights the high burden toxic mold plaintiffs face: There is no general scientific consensus that mere nonoccupational exposure to mold in a residence is toxic. Moreover, even if such exposure could be harmful, the plaintiff must prove that they were actually exposed to very high levels of mold in their specific apartment, not simply that the building has some normal amount of mold.

For qualified, seasoned, and trial-ready assistance with a New York toxic tort or insurance defense claim, contact the Islip offices of Richard A. Fogel at 516-721-7161.