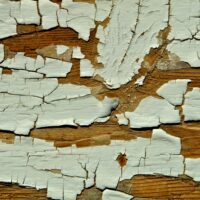 We’ve discussed causation and how it plays into toxic tort cases before. Causation is a complex issue, often making or breaking toxic tort cases such as those involving asbestos or lead paint. Several recent appellate court decisions have appeared to reduce the causation requirement in finding, for example, that proving at least some level of exposure to a toxic substance without more quantification might be sufficient. A recent decision from the New York Court of Appeals, New York’s highest state court, appears to have bucked the trend and insisted upon a higher standard of causation. Read on to learn about the Court’s opinion. If you are dealing with allegations concerning lead paint, asbestos, or other toxic torts, call a seasoned New York lead poisoning and toxic tort defense attorney for advice and representation.

The plaintiff’s case against Whittaker was based on the decedent’s daily use of a commercial talcum powder product. At trial, the plaintiff produced testimony from two experts. An internal medicine doctor testified about the general link between asbestos and mesothelioma based on peer-reviewed studies, governmental standards, and her own clinical experience. A geologist testified that he replicated the decedent’s asbestos exposure by agitating a vintage sample of the talc product and then evaluated filters he’d set up nearby to calculate the amount of asbestos exposure.

The New York Court of Appeals was unimpressed with the plaintiff’s proof regarding specific causation. Specific causation requires a plaintiff to establish actual exposure to the allegedly toxic chemicals in quantities sufficient to cause the claimed adverse health effect. While precise quantification might not be possible, the plaintiff still bears the burden of showing sufficient exposure.

Here, the plaintiff’s medical expert testified, at most, that exposure to asbestos in sufficient quantities can cause mesothelioma. She testified, in essence, that all mesothelioma cases are related to asbestos exposure, but also appeared to admit that “mesothelioma may develop idiopathically—that is, without a known cause.” Even absent the latter, a conclusory opinion that mesothelioma is inexorably tied to asbestos exposure is insufficient. Government reports and scientific studies have found a link between asbestos and mesothelioma in sufficient quantities, but that’s not enough to reverse-engineer causation as the plaintiff’s expert appeared to do. The studies failed to provide an explicit minimum level of exposure that would suffice to cause mesothelioma.

The court, moreover, dismissed the geologist’s “shake the box” test as failing to “provide any scientific expression linking decedent’s actual exposure to asbestos to a level known to cause mesothelioma.” The medical expert purported to base her opinion on the geologist’s test, but the court found that test lacking. While “industrial hygienists could have estimated decedent’s
inhalation levels,” the plaintiff offered no such evidence here. The failings in the geologist’s tests undermined the medical expert’s conclusions as well.

Though the court acknowledged that “in any given case it may be difficult, if not impossible, to quantify a plaintiff’s past exposure to a toxin,” the “standard itself is not impossible for plaintiffs to meet.” Here, the plaintiff failed to provide sufficient scientific evidence of exposure and causation, and thus the jury’s verdict must be overturned and the case against Whittaker dismissed.

Overall, the opinion is a huge victory for toxic tort defendants trying to stem the tide of unsupported toxic exposure cases. Whether the claims involve asbestos, lead poisoning, or other forms of toxic exposure, plaintiffs must be able to show not only that a chemical has the potential to cause a certain ailment, but also that the particular plaintiff was actually exposed to that chemical in sufficient quantities to cause the ailment.

For skilled and savvy legal guidance on a New York insurance defense or toxic tort claim, contact the Islip offices of Richard A. Fogel at 516-721 -7161.