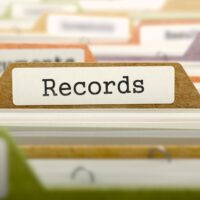 Attorney-Client Communications Are Protected from Disclosure

The attorney-client privilege only applies, however, when there is an attorney-client relationship, and it only applies to communications made for the purpose of soliciting or rendering legal advice or services. Social discussions with an attorney are not protected from disclosure, nor are communications made in the normal course of business for non-legal purposes. When one party seeks to compel disclosure of the other party’s communications with their lawyer, whether disclosure will be compelled often turns on the question of whether the attorney was “acting as a lawyer” in the context of the sought-after communication.

Court Deems Insurer’s Communications With Outside Counsel to be Nonprivileged

The matter of Prorokovic v. United Property & Casualty Insurance Company concerned the plaintiff’s claim under their homeowner’s insurance policy issued by the defendant insurer. The plaintiff filed a claim for total loss after a fire. The defendant denied the claim and rescinded the policy, claiming that the plaintiff made material misrepresentations on the policy application. During the course of the case, the plaintiff moved to compel the defendant to disclose certain communications between the defendant and its outside counsel.

As explained by the court, while attorney-client communications are protected from discovery, “an insurance company’s claim handling activities are generally subject to discovery even if they were performed by an attorney.” This is because the “payment or rejection of claims is part of the regular business of an insurance company.” The question for mandating disclosure, then, is whether in the context of the communications the lawyer was “predominantly investigating an insurance claim or providing legal advice.”

In this instance, the court found that the communications were rendered in relation to the investigation and potential rescission of a claim. The defendant tried to argue that it was in the business of processing claims, not dealing in rescinded policies, but the court pointed out that rescission is inextricably intertwined in the defendant’s decision to deny the claim. The defendant’s lawyer assisted in the investigation of whether to rescind the plaintiff’s policy, and communications exchanged for that purpose “were not predominantly of a legal nature and, therefore, are not protected by attorney-client privilege.”

The court’s opinion is a stark reminder for insurers and coverage counsel to keep their communications in the appropriate context to avoid unnecessary disclosure and to keep in mind the situations where the privilege will and will not carry.

For considered and effective legal guidance on a New York insurance defense or toxic tort claim, contact the Islip offices of Richard A. Fogel at 516-721 -7161.