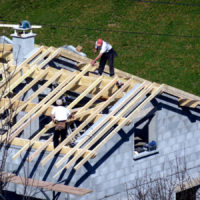 The Court of Appeals, New York’s highest state court, has recently settled the question of when an agreement to classify a party as an “additional insured” under a New York liability policy will be considered enforceable. The decision could have particular significance for subcontractors, general contractors, and/or property owners who may believe they have a valid agreement for additional insured status under a subcontractor’s policy, but who lack a written agreement between the named insured and the additional insured. It also is another case in a long line that cautions parties not to rely upon “additional insured” provisions to require some other party to obtain liability insurance coverage and to always purchase your own liability insurance regardless of additional insured clauses. Read on to learn more about the case, and contact a seasoned New York insurance coverage attorney if you have any additional questions about how the case could impact you.

Building project with State of New York results in lawsuit

Gilbane Bldg. Co./TDX Construction Corp. v. St. Paul Fire & Marine Ins. Co. dealt with a construction manager (“CM”) and the general contractor (“GC”) to on a project to build a new forensic laboratory for use by the New York City Office of the Chief Medical Examiner. The Dormitory Authority of the State of New York (DASNY), the government office designated as the property owner, contracted with the GC. DASNY’s contract required that the GC obtain general liability insurance for the project, naming DASNY and the CM as additional insureds in an endorsement, and the GC did so, obtaining a policy from Liberty Insurance Underwriters.

When a problem with the project arose and DASNY filed a lawsuit in which the CM was named as a defendant, the CM notified Liberty, seeking defense and indemnity as an additional insured. Liberty denied the claim. The CM then filed suit against Liberty, arguing that Liberty is obligated to defend and indemnify it. When Liberty filed a motion for summary judgment to dismiss the CM’s claim, the trial court denied it, ruling that the CM was owed coverage by Liberty for the DASNY lawsuit as an additional insured. The Appellate Division reversed this decision, granting Liberty’s request to dismiss the CM’s claims, and the Court of Appeals affirmed the dismissal.

The GC’s insurance contract with Liberty included a provision for “Additional Insured – By Written Contract,” which stated that who is an insured can be “amended to include as an insured any person or organization with whom you have agreed to add as an additional insured by written contract.” The CM argued that, despite the fact that they had no written agreement with the GC, “well-settled rules of policy interpretation” dictate that it be considered an additional insured under the policy, and, barring that interpretation, the provision is sufficiently ambiguous that it should be construed in favor of coverage.

If you’re in need of skilled, experienced, and professional New York insurance coverage litigation assistance, contact the Long Island Law Offices of Richard A. Fogel for a consultation at 516-721-7161.