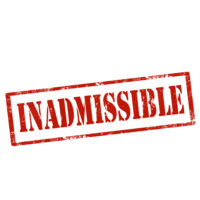 A New York trial court has recently issued an opinion regarding a plaintiff’s right to use evidence of test results in court, where the means of testing is a developing technology that has not yet been widely adopted. The Suffolk County Supreme Court, relying on the standards established in Frye v. United States and Parker v. Mobil Oil on the admissibility of scientific evidence, citing to a recent Appellate Division case, Dovberg v. Laubach, declined to admit the test results. Read on to learn about the case, and contact an effective New York attorney for more information.

In Brouard v. Convery, 2018 WL 829103, the plaintiff was injured in an auto accident with defendant in 2004. Plaintiff claimed she suffered from “mild traumatic brain injury” among other injuries. In order to show the extent of her brain injury, plaintiff underwent an examination using Diffusion Tensor Imaging (DTI) technology. Plaintiff asserted that this means of brain imaging uses MRI technology to measure injuries in the white matter of the brain. However, the technology is relatively new to the world of brain imaging. Plaintiff filed a motion requesting that the court take judicial notice of the general acceptance of this technology among the scientific community, and defendant responded with a motion to preclude the evidence of the DTI testing.

The primary standard used by New York courts to determine whether expert testimony that is based on scientific topics is admissible as evidence is taken from the decades-old federal case Frye v. United States. The Frye test requires that the principle or procedure be admitted only when it has “gained general acceptance” in its field. This should be proven using the opinions of other experts, other cases, or peer reviewed literature published in the particular scientific field from which the principle arises. Since Frye, other important cases regarding scientific expert testimony have augmented this test. This includes Parker v. Mobil Oil, which requires that expert testimony be admitted only where supported by a proper foundation “to determine whether the accepted methods were appropriately employed in a particular case” (quoting Parker).

When considering whether to take judicial notice of the acceptability of DTI technology, the court considered the Appellate Division’s reasoning in its recent opinion in Dovberg v. Laubach. In that case, the Appellate Division noted that the party putting forth scientific evidence is the one with the burden of proving its general acceptance in the field. In Dovberg, the Appellate Division rejected the expert testimony put forth by the defendant in the case, noting that the party had failed to provide scientific support in the form of peer-reviewed journal articles, nor of the names of the scientists or years of publication of the studies they did cite.

In Brouard, the judge noted in his opinion that, while the plaintiff did cite another case that admitted evidence relying on DTI technology, that case was published ten years ago. The defendant presented subsequent peer-reviewed studies since that time revealing the shortcomings of the technology and lack of general acceptance as a diagnostic tool. The court refused to take judicial notice of DTI technology and denied the plaintiff’s motion.

If you’re in need of skilled, knowledgeable, and scientifically-literate New York insurance coverage legal help, contact the Long Island offices of Richard A. Fogel for a consultation, at 516-721-7161.

By Richard A. Fogel | Posted on March 31, 2018
Skip footer and go back to main navigation