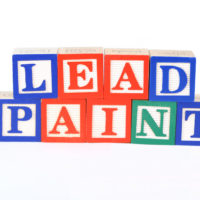 Despite outlawing the use of lead paint as far back as 1960, New York City has some of the highest rates of lead paint poisoning. US census data, as analyzed in a Reuters article, revealed 69 census tracts where at least 10% of children tested showed elevated lead levels. Landlords and property owners often aren’t aware of elevated lead levels present in the paint in one of their units until a tenant’s child becomes sick from consuming the paint.

In late 2017, New York Governor Andrew Cuomo signed into law a bill that changes how the Commissioner of Health will handle lead paint hazards and also how the state will respond to a noncompliant landlord. Read about the changes to the law below, and contact a New York landlord defense attorney with any additional questions.

On November 29, 2017, Governor Cuomo signed into law state assembly bill A1809A, which amends the New York Public Health Law §1373. This law makes it mandatory for the Commissioner of Health to provide written notice and demand abatement of a lead paint hazard wherever inspectors find an “area of high risk.” Prior to this amendment, the commissioner had discretion in deciding whether to issue notice and demand abatement.

The amended law will also require that, should a landlord fail to comply with a demand for abatement, that landlord will be forced to attend a formal hearing. The landlord will have the burden of proving that no paint condition which could result in lead poisoning exists on their property. Should they fail to do so, they will be ordered to abate the lead paint hazard and could face a penalty of up to $2,500. The new law is scheduled to go into effect on March 29, 2018.

Though he signed the bill into law, Gov. Cuomo has expressed some reservations about the requirement in the amended §1373 of sending every non-compliant landlord to a hearing, arguing that other enforcement mechanisms may be more effective. The legislature has plans to alter this requirement, with one bill currently in a New York state senate committee that would emphasize uncovering lead paint hazards before lead poisoning cases arise, and providing grants to landlords to assist with abatement costs.

If you’re a landlord facing litigation over lead paint, or if you have other toxic tort defense needs in New York, contact the experienced and knowledgeable environmental defense attorney Richard A. Fogel for a consultation, at 516-721-7161.