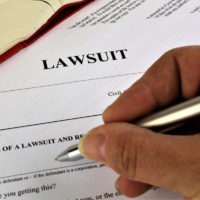 Consequential damages stemming from a bad faith coverage dispute between an insurer and policyholder require a stronger showing of evidence than do most other forms of damages. New York insurance coverage attorneys have long understood the type of showing necessary to prove these damages at trial, but the degree of particularity when requesting these damages in an initial pleading has not been as clear.

The First Department of the New York Appellate Division recently issued an opinion that offers some guidance for parties seeking consequential damages that could impact claim resolution calculations and settlement offers for insurers. Read on to learn more about this opinion, and contact a Long Island insurance coverage litigation attorney with any additional questions.

The Appellate Division’s opinion was issued in the case titled D.K. Property, Inc. v. National Union Fire Insurance Company of Pittsburgh, Pa. The insured filed a claim for coverage of damage to their building that was the result of construction occurring in the neighboring lot. Despite the fact that the insurer’s retained expert agreed with the insured about causation of damage to the insured’s property, the insurer spent three years requesting more and more documentation and information from the insured and the claim was neither paid nor denied.

The insured filed a lawsuit alleging breach of contract for failing to acknowledge the claim, as well as breach of the covenant of good faith and fair dealing for failing to settle the claim. The plaintiff requested consequential damages and attorneys’ fees on its bad faith claim. These damages included the costs of painting, engineering, repairs, and lost rent, as well as other costs related to mitigating the damage caused by the insurer’s bad faith in failing to pay the claim.

On appeal, the First Department disagreed with the trial court’s reasoning and reinstated the request for consequential damages. The Appellate Division did not disagree with the statement that a plaintiff would need to prove that consequential damages “were foreseen or should have been foreseen when the contract was made,” such that the insurer is found to have “assumed consciously” the liability at issue. However, the court ruled that the determination of whether consequential damages were foreseeable was a decision that would need to be made based on a “fully developed record” after the completion of discovery, rather than in the early pleading stages. This decision could affect how insurers determine reasonable settlements in bad faith claims by making the prospect of paying consequential damages less remote than it had previously been by allowing these claims to survive the pleading stages. This opinion does not change the level of proof needed to succeed on a claim for consequential damages at trial, however.

If you need skilled and seasoned legal representation for a New York insurance coverage dispute, contact the Islip offices of insurance litigator Richard A. Fogel at 516-721-7161.