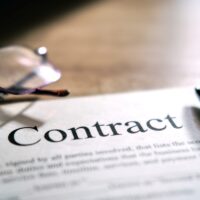 The New York Appellate Division dealt insurers a blow in a recent case involving additional insured (AI) coverage. The court’s ruling could have a significant effect on future cases interpreting AI provisions. The court broadly interpreted the AI provision to cover other parties responsible for accidents and injuries in loose connection to the actual insured’s part of a given project, even where the insured party had nothing to do with causing the relevant accident. Learn more about the case below, and contact an experienced New York insurance coverage defense attorney with any questions.

The matter of Fireman’s Fund Ins. Co. v State Natl. Ins. Co. arose from an underlying slip and fall personal injury matter. The plaintiff in the personal injury case was allegedly injured due to an optical illusion created by an exterior step and a nearby walkway being painted the exact same color.

The defendant insurance company had issued a commercial general liability (CGL) policy to a contractor, Upgrade, in connection with a renovation project Upgrade was contracted to handle. Upgrade was contracted to waterproof the relevant exterior step and walkway but had no part in picking the relevant paint color; the paint color and materials to be used were specified in the construction documents.

The renovation contract required Upgrade to obtain insurance for its work and to name the apartment owner and manager (the “Building Defendants”) as additional insureds on a primary basis. The Upgrade contract also required Upgrade to indemnify and hold harmless the owner, its agents, and employees “from . . . all claims, losses, damages or liability arising out of or in connection with the operations and performance of the Work specified under this Contract.” After the personal injury victim slipped on the step, the Building Defendants sought coverage under Upgrade’s CGL policy.

Upgrade successfully secured dismissal of the Building Defendants’ third-party claims for indemnification based on the fact that Upgrade had not acted negligently but had simply followed the architect’s plans and specifications. Upgrade’s CGL insurer then sought a declaratory judgment to challenge coverage based upon the same argument, i.e., the client actually insured under its policy was proven not to be negligent and to have had no part in the circumstances that led to the underlying personal injury claim. The insured, Upgrade, did not even paint the walkway.

The court rejected this argument, finding that the application of waterproofing to the step and walkway as part of the renovation created a sufficient connection between Upgrade’s work and the alleged accident to trigger the AI provision, even though there were no claims that the waterproofing had anything to do with the accident and injury.

The Appellate Division affirmed the lower court’s decision. The court utilized a very broad reading of the “arising out of” standard to conclude that the insured party Upgrade having performed work at the site where the injury occurred, in connection with the project that led to the injury, was sufficient to trigger additional insured coverage. AI coverage was triggered even though Upgrade, the insured party, had nothing to with the actual injury-producing element of the work (the paint).