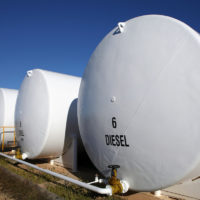 In a recent unpublished opinion issued by the New Jersey Appellate Division, the panel found an insurer not to be liable to pay for repairs where a liability policy explicitly did not cover damage to the policy holder’s own land. In Weiss v. New Jersey Manufacturers Insurance Co., Docket No. A-5219-13T3, the couple had a homeowner insurance policy through New Jersey Manufacturers which did not cover damage to land which the policyholders owned (“owned property” exclusion). While the couple’s policy originally covered liability for leaking fuel tanks, the couple received a letter stating that their policy no longer would include liability coverage for fuel leaks unless an additional endorsement was purchased. As a result, the couple purchased an endorsement to their policy that offered liability coverage for fuel system leaks. At no point did the policy cover damage to the owner’s property, and the insurer used the word “liability” repeatedly when discussing what was covered in regards to fuel tanks.

In 2013, the homeowners experienced leakage from an underground oil tank that resulted in over $15,000 in damage to their own property when they removed an underground fuel tank. The couple filed a claim under their insurance policy for the cost of remediating the fuel damage. The claim was denied on the grounds that the damage was limited to the owners’ own property, and their policy covered only a liability claim. The homeowners filed suit against New Jersey Manufacturers for coverage of their claim. The defendant insurer succeeded in moving to dismiss the suit for the owners’ failure to state a legally-recognizable claim for damages, since there was no policy coverage for the damage. The homeowners appealed, but the Appellate division upheld the dismissal.

On appeal, the plaintiffs claimed that the policy was ambiguous because the average policyholder could not determine what was covered under the policy. The homeowners also argued that, since there was the potential that the oil spillage would damage a third party’s property, the coverage should apply. The court, relying on State v. Signo Trading Int’l.,Inc. (a similar case), found that the policy was clear in excluding coverage for property owned by the insured. The court also held that the policy was clear regarding what manner of liability to others was covered, and that it expressly stated that it did not cover “costs or expenses incurred by an insured … to prevent… damage to property of others” when existing damage was only on “property owned by an insured.”

The “owned property” exclusion has long been a part of most liability insurance policies and has been upheld in the environmental context when only soil contamination is involved. The reason is that “liability” means damage to others, and insurance is not intended to fund improvements to the insured’s own property. However, where groundwater is contaminated, virtually every court has held that the exclusion does not apply because groundwater belongs to the public. Accordingly, contamination to soil on the owned premises will likely be covered if it is contributing to groundwater contamination.

If you’re seeking knowledgeable legal counsel in the area of insurance coverage and environmental law, contact Richard A. Fogel for a free initial consultation on your claims throughout New York and New Jersey at 516-721-7161 or rfogel@rfogellaw.com.