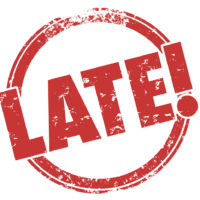 In recent years, insurance coverage litigation has involved a weakening of the defense of late notice against insured claims. Nevertheless, of the United States Court of Appeals for the Second Circuit recently affirmed a lower court case dismissing a claim for coverage when the insured was four months late in providing notice of a claim to its insurers. Learn more about the case below and speak with a skilled New York insurance defense lawyer for more information.

The case titled New York State Electric & Gas Corp. v. Century Indemnity Co. centered on a claim for indemnification of the costs entailed in investigating and remediating 22 former manufactured gas plant (MGP) sites across the state that had been operated by New York State Electric & Gas (NYSEG). As far back as 1981, NYSEG entered a consent order to remediate hazardous waste at one plant, and in the following year, NYSEG notified the US Environmental Protection Agency about potential hazardous waste at 22 of its MGP sites. NYSEG continued investigating these sites over the course of the next decade, and by 1989 it had concluded that remediating the sites would cost roughly $25 million. By July 1991, NYSEG had conducted enough of an investigation to determine that there was a need for investigation and remediation at 21 of the 22 sites that formed the basis for the claims at issue in the current litigation. Despite these facts, NYSEG did not provide notice to its insurers until November 1991.

The current case pertained to policies NYSEG held with Century Indemnity and OneBeacon America Insurance. Both insurers had denied NYSEG’s claims on the basis of late notice, but NYSEG claimed that each had waived its right to disclaim coverage. Specifically, NYSEG claimed that a letter drafted by a Century agent was evidence that the company failed to timely disclaim coverage on the basis of late notice. The letter, written but never sent to NYSEG, disclaimed coverage for all sites. NYSEG argued that, by failing to timely send the disclaimer based upon late notice grounds, Century waived its right to disclaim coverage based on the defense. Century explained that the agent had never sent the letter when he came to understand that NYSEG hadn’t asked Century to take action on the sites. The court explained in its opinion that an “unreviewed, unsent letter cannot have lulled [NYSEG] into sleeping on its rights, . . . especially where Century generally reserved its rights under the policy and informed NYSEG that one issue could be ‘whether late notice bars coverage.’” (internal citations omitted.)

NYSEG argued that although OneBeacon disclaimed coverage for one of its policies with NYSEG, it failed to address the policy at issue in the suit. However, neither OneBeacon nor NYSEG could locate that policy until shortly before trial and were not able to review their rights under the terms of that specific policy. The Court held that OneBeacon’s reservation of rights was appropriate for that policy and preserved its contractual rights.

NYSEG attempted to rely on New York rules on allocation to argue that it complied with notice requirements. The New York pro rata allocation rule would have dictated that the policies at issue would not have been triggered until the allocated damages for a site exceeded $20,000 per year. However, this rule wasn’t established by the New York Court of Appeals until 2002, long after NYSEG would have been required to provide notice to its insurers. Without evidence showing that either party believed that the pro rata rule applied to these policies, the court determined that this rule did not govern notice requirements in the case at issue. The Court of Appeals affirmed the dismissal of NYSEG’s claims.

For sophisticated, professional, and trial-ready legal assistance with an insurance coverage dispute or environmental litigation in New York, contact the Long Island offices of Richard A. Fogel for a consultation at 516-721-7161.