Insurer Found to Have Timely Disclaimed Coverage Where Based Upon a Policy Limitation, Rather than a Policy Exclusion 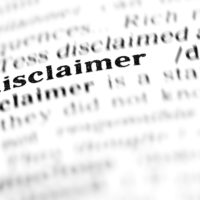 When a commercial general liability (CGL) insurer receives notice of a claim against the insured, it needs to act promptly to disclaim coverage based upon an exclusion in the policy to comply with New York Insurance Law § 3420 (d)(2). The statute mandates that a disclaimer (denial of coverage) based upon a coverage exclusion be issued “as soon as is reasonably possible” after receiving notice of the claim. The statute does not define what is a “reasonable” time frame and there is no hard and fast rule but some cases have found notice to be unreasonably delayed where it was provided in as little as thirty days after receipt of the claim. Moreover, case law also states that the common practice of issuing a “reservation of rights” letter does not extend the statutory time period. However, the “reasonable” time limit does not apply if the disclaimer is not based upon an exclusion of coverage but rather because the claim is outside the scope of the policy; for example, an auto claim made against a home owner’s policy. Depending on the facts of the claim and the insurance policy, this distinction is not always evident. The key issue seems to be how the premium for the insurance contract was calculated. While it is clear in the stated example that the homeowner insurer does not charge a premium for the risk of auto liability, it is not always that clear in the context of a business liability policy. Businesses tend to take on new unanticipated risks by following the customer demands of their particular enterprise without realizing that they are taking on a completely different risk and often fail to consider the impact on their insurance coverage.

A recent decision from the First Department (Manhattan) of the Appellate Division illustrates the issue and the pitfalls of failing to consider the impact of business decisions on insurance coverage. In Black Bull Contracting LLC v. Indian Harbor Ins. Co., 2016 WL 39829 (1st Dep’t Jan 5, 2016), the Court held that an endorsement to the insured’s policy that limited a construction sub-contractor’s coverage to certain “classifications” of construction, was an enumeration of the scope of coverage, rather than an exclusion and therefore not governed by Ins Law § 3420. The insured sought coverage for a contractual indemnification claim by the general contractor who was an additional insured in the insured’s policy for a claim arising out the injury of the insured’s own employee who was engaged in demolition and was hit by a falling piece of concrete. The insurer issued two disclaimers seventy-nine and eighty-five days after it received notice of the claim, based upon the fact that the endorsement to the policy containing the four classifications of construction activity that was covered by the policy did not include demolition. The insured sued the insurer and the lower court granted summary judgment for the insurer. The insured contractor appealed and the First Department affirmed the lower court.

The Appellate Court held that the disclaimer delay was unreasonable under the statute but the statute did not apply because the disclaimer was not based upon an exclusion but rather the scope of coverage. The Court explained, “whether the untimeliness of Indian Harbor’s disclaimer under Insurance Law § 3420(d)(2) precludes it from denying coverage depends on whether there was a lack of coverage in the first instance or a lack of coverage based on an exclusion.” (citations omitted.) Though exclusions from coverage can be waived by an insurer’s failure to timely disclaim coverage, a classification limitation is considered to be a statement of what is covered, and thus cannot be waived. The court stated, “Disclaimer pursuant to . . . § 3420(d)(2) is unnecessary when a claim falls outside the scope of the policy’s coverage portion. . . and requiring payment of a claim upon failure to timely disclaim would create coverage where it never existed.” Since the insured was never covered for the sort of activities for which it sought a defense from its insurer, notice of a disclaimer was not required for the insurer to preserve the classification defense.

The structure of the insurance contract in Black Bull was likely a standard CGL that contained the general language in the main part that the insurer agrees to pay “all sums that the insured is legally obligated to pay caused by an occurrence.” The standard definition of “occurrence” is “bodily injury or property damage that is neither expected nor intended by the insured that occurs during the policy period.” The insurer then attached an endorsement to the main part of the policy form which “limited” the construction activities covered by the policy to four “classifications” (categories), none of which included demolition. The distinction between an endorsement that contains a “limitation of coverage” and an endorsement that contains an “exclusion of coverage” seems pretty much a matter of semantics. The court was clearly persuaded by the argument that the “classifications” each included a premium calculation so it showed that the premium was calculated based upon these enumerated risks which did not include demolition. If the insurer had instead simply covered all construction activities but excluded demolition, presumably Ins. Law § 3420 would apply and result changed.

If you are in need of a New York attorney experienced in insurance coverage, litigation defense or construction law, contact Richard A. Fogel for a consultation on your claims, at 526-721-7161, rfogel@rfogellaw.com.