Fraud Liability May Be Covered by Insurance 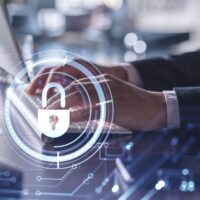 Fraud litigation is expensive. Defending against claims of shareholder fraud or other allegations can severely deplete a corporation’s coffers, even if the allegations turn out entirely false. The availability of insurance coverage for fraud claims can make or break a company. Insurance companies, on the other hand, often claim that fraud is not covered by liability policies, giving rise to very important coverage disputes. Recently, the Delaware Supreme Court addressed the issue. While the case did not arise in New York, other states look to Delaware for guidance on matters of insurance and business law. The Court’s recent decision may have a widespread effect on coverage litigation across the country. Continue reading to learn about the case, and call a dedicated New York insurance coverage defense attorney for help defending against overbroad insurance coverage claims.

The case titled RSUI v. Murdock concerns a Directors’ & Officers’ (D&O) excess liability insurance policy. The policyholder purchased a D&O policy from the insurance company, which states that the insurer “shall pay on behalf of the Insured Individual all Loss which is not indemnified by [the policyholder] . . . arising from any Claim for a Wrongful Act.” Insured individuals include directors, officers, trustees, and others. “Wrongful Act” is defined in the policy as “any actual or alleged error, misstatement, misleading statement, act, omission, neglect or breach of duty by . . . any Insured Individual” in their capacity as a director or officer. The policy also explicitly includes “all Loss arising from any Securities Claim” made against the policyholder.

The policyholder was hit with a pair of shareholder lawsuits alleging illegal stock price manipulation by two of the company’s officers. The plaintiffs won $148 million in a bench trial in one of the lawsuits. The insurance provider disclaimed coverage for both legal costs and the verdict, asserting that insuring against fraud is against public policy. On appeal, the Delaware Supreme Court rejected this argument.

The Court found that the State does not have a “public policy against the insurability of losses occasioned by fraud so strong as to vitiate the parties’ freedom of contract.” Delaware authorizes broad D&O policies protecting against “any liability,” even if the corporation would not “have the power to indemnify such person against such liability” under the statutes. If the parties contract to include broad coverage against any and all liabilities arising from the acts of individual directors and officers, the insurance provider is bound by the terms to which it agreed.

The case is an important reminder to be explicit in policy coverage. If the insurer means to exclude fraud from D&O coverage, the policy should make that very clear. Courts will find in favor of coverage where there are ambiguities, absent clear public policy or law to the contrary. The implications of this decision may carry beyond the realm of D&O litigation, and other courts will certainly look to Delaware when addressing insurer claims that fraud is not covered by default.

For experienced and qualified legal guidance on a New York insurance defense or toxic tort claim, contact the Islip offices of Richard A. Fogel at 516-721-7161.

By Richard A. Fogel | Posted on April 22, 2021
Skip footer and go back to main navigation