Failure to Provide Notice Results in Loss of Opportunity to Recover 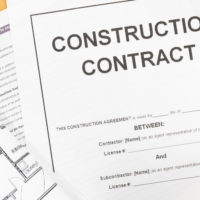 Owners and developers often choose to protect themselves from very delayed claims from contractors by ensuring construction development contracts include a requirement that notice of a claim be provided within a certain time period. These clauses can protect a developer from having to reopen a long-closed project, after memories have faded and evidence is in short supply. In a case recently decided by the New York Appellate Division’s Third Department, a contractor who had already received an offer to settle saw its entire claim evaporate due to the presence of a notice clause.

The case, titled Ridley Electric Company v. Dormitory Authority of the State of New York [DASNY], arose out of a project being done on the New York State Veteran’s Home. The plaintiff, an electrical contractor, had agreed to perform a $5-million project on the home for DASNY. The contract binding the parties included a notice provision regarding additional work. When a contractor believed it had been asked to perform “extra work,” i.e. work not included in the contracted-for price, it had 15 days to submit a change order requesting the additional funds the contractor would need to do the job. These 15 days began either when the contractor was ordered to begin the work or within beginning performance, whichever came first. Additionally, the contractor was required to submit evidence of the additional work within 30 days of filing a change order. Missing these deadlines, the contract stated, was seen as a “determination on the part of the [c]ontractor that [the work in question] does not involve extra work,” and the contractor had thereby waived the right to later make a claim for additional compensation or damages.

Ridley Electric completed the job for DASNY but encountered some difficulties in doing so that resulted in a claim for additional compensation. This claim was filed five months after Ridley’s work on the project had been completed. DASNY agreed to make a partial payment on this claim, despite the delay, but Ridley was not satisfied with their offer, and rejected the partial payment. The contractor then filed a claim in court.

During testimony on a summary judgment motion filed by DASNY, the contractor presented evidence that both the electrical contractor and DASNY knew about parts of the extra work as far back as 2007, but that no formal change order was filed until two years later. The court acknowledged that DASNY may have had notice of the additional work, but that “actual notice does not suffice to excuse lack of compliance with a strict contractual notice requirement such as that at issue here.” In other words, DASNY being told that extra work would be needed didn’t relieve Ridley of its duty to provide a change order, as required under the contract.

The contractor also tried to claim that the offer to make partial payment constituted a waiver by DASNY of the contract’s notice requirement. However, this argument was also rejected. The court pointed out that the intent to waive provisions of a contract must be “explicit, unmistakable, and unambiguous.” Further, the contract specifically provided that a “partial payment made shall not be construed as a waiver of the right of [DASNY] to require the fulfillment of all the terms of the [c]ontract.” Even if the contractor had accepted DASNY’s offer to make a partial payment, the requirement to provide notice of extra work would have remained in effect. Ridley’s claim for additional pay was dismissed.

For assistance in contractual disputes, construction contracts, or other business defense litigation in New York, contact the knowledgeable, experienced, and effective Long Island contract litigation attorney Richard A. Fogel for a consultation on your claims at 516-721-7161.