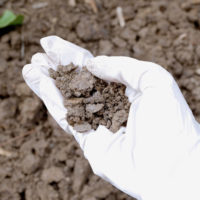 A recent case caused the Appellate Division of the New Jersey Superior Court to consider whether a seller could be sued for failing to disclose an environmental cleanup on the property at issue, even where the property was sold as-is, and the fraud claim was brought over a decade after the purchase.

The case, titled Catena v. Raytheon Co., was based on the sale of a property that had been treated for contamination with perchloroethylene (PCE) in the late 1980s. The prior owner had discovered that the property’s soil was contaminated with PCE when, after defaulting on his mortgage, his lender had the soil tested while attempting to prepare the property for sale. The seller and lender retained an environmental consultant to assist in the process of testing and removing the tainted soil, and the consultant notified the parties that he could not guarantee that all the PCE-tainted soil would be removed.

When the property was put on the market, the disclosures associated with the property failed to mention the removal of the PCE-tainted soil, and the removal was never disclosed to the New Jersey Department of Environmental Protection. The disclosures also left off a number of prior uses of the property. They instead said that the property had not been used for operations involving hazardous substances, which was a phrase commonly used at the time to show that the remediation requirements of the Environmental Cleanup Responsibility Act (ECRA) did not apply.

The buyer (and the eventual plaintiff in the fraud lawsuit) had the property inspected after purchase and discovered that it had been used, among other things, for the production of aircraft parts, and that these prior uses should have triggered remediation under ECRA. The buyer’s inspector had recommended that the soil be tested for contamination, but the buyer declined to do so. Ten years later, the buyer sought to refinance the property, and the property was tested by a potential lender. These tests uncovered PCE contamination. Additional testing uncovered groundwater and stream contamination.

The buyer filed a lawsuit against the seller and prior owners who were presumed to have caused the PCE contamination under New Jersey’s Spill Act. When, during discovery, the buyer discovered that the seller and lender had conducted a partial and unreported soil clean-up, the buyer added fraud claims to his lawsuit and added the lender as a defendant. The lender and seller filed a motion to dismiss the fraud claims, asserting that the six-year statute of limitations had begun to count down beginning when the potential lender first discovered the contamination. The buyer argued that the statute of limitations on the fraud claim should instead start when the buyer discovered that the lender and seller had tried to conceal the clean-up.

The trial court sided with the defendants and dismissed the buyer’s fraud claims, but the Appellate Division reversed this decision. The Appellate Division explained that, since preventing the victim from learning about the fraud was the whole object of fraudulent concealment, the statute of limitations should begin to run only when the victim discovers evidence of fraud. The Appellate Division also noted that the discovery of contamination was not necessarily evidence of fraud by the seller and lender, since the buyer held a reasonable belief that the seller and lender had no knowledge of the contamination. This decision could make sellers vulnerable to fraud claims many years after a sale, requiring sellers to be cautious in crafting disclosures of any toxic materials or contamination on a property to be sold.

If you are in need of knowledgeable, skilled representation in an insurance defense, environmental law, or toxic tort matter, contact New York insurance coverage defense attorney Richard A. Fogel for a consultation, at 516-721-7161.