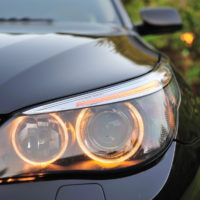 In a recent gasoline vapor toxic tort decision from the Court of Appeals, New York State’s highest court, two experts were barred from testifying at trial when they didn’t rely on generally accepted principles and methodologies in forming their expert opinions as mandated under New York law which follows Frye v. United States, 293 F. 1013 (D.C. Cir. 1923) and because the experts otherwise failed to meet the standards for showing toxic tort causation pursuant to Parker v. Mobil Oil Corp., 7 N.Y.3d 434, 824 N.Y.S.2d 584 (2006).

In Sean R. v. BMW of North America, LLC., 2016 WL 527107 (Feb. 11, 2016) the plaintiff alleged that a defective fuel hose in a recalled BMW model, exposed an in utero fetus to gasoline vapors (benzene, xylene and toluene) resulting in the newborn’s severe birth defects. The plaintiff’s mother drove the new 1989 BMW 525i for three years before noticing an intermittent fuel smell in the car’s cabin sufficiently strong to occasionally nauseate her. The defendant auto dealer could not find anything wrong with the vehicle. The women continued to drive the vehicle and subsequently became pregnant. Three months after becoming pregnant, the same dealer again attempted to find the problem and discovered a leak in the fuel hose. BMW later issued a recall of this model year for defective fuel hoses. The child was born six months later, and he was found to possess many serious birth defects. In New York, the statute of limitations for a child does not begin to run until the child reaches age eighteen so the plaintiff child was able to bring a toxic tort suit against the car dealer and manufacturer seventeen years later.

New York law provides for only limited expert disclosure, including a general statement of the expert’s proposed testimony and the factual basis for the testimony. This disclosure does not allow depositions unless the parties stipulate to it which is rare. Moreover, the expert disclosure is often delayed until after discovery is closed and shortly before trial. Plaintiff disclosed that he would be relying on the testimony of two experts who were prepared to testify regarding the causal connection between the amount of gasoline vapor to which the mother was exposed and the birth defects resulting in the fetus.

The experts effectively relied on a “reverse engineering” ipso facto argument to opine how much gasoline vapor was present in the cabin of the car based on the mother’s intermittent symptoms of nausea and dizziness, concluding that amount present “must have” reached toxic levels if she was feeling sick. The experts claimed that this measure was similar to the “odor threshold test,” a recognized method of toxin measure used in other cases. In other words, if someone is sick, and the toxic substance is present, then the amount of substance present must ipso facto be a toxic amount. There was no actual measurement of the amount present by any scientific method.

The defendants challenged the use of these two experts and moved to preclude their testimony from trial based upon both Frye and Parker. In support of their motion, the defendants submitted testimony from two of their own experts who argued that plaintiff’s experts had reached self-serving conclusions based upon novel principles and methodologies that weren’t widely accepted in the scientific community and that the proposed testimony moreover did not meet the standards for causation in a toxic tort case set forth by Parker. The odor threshold test was an accepted and scientifically-recognized measure only in cases where the chemical at issue was toxic to humans any time it was in concentrations high enough that it could be smelled, which is not the case with gasoline vapor. The trial court and the Appellate Division agreed with defendants and precluded the experts. Plaintiff appealed again to the Court of Appeals.

The Court of Appeals stated that expert opinions on the causation of injury in toxic tort cases are required to show, pursuant to Parker:

The Court further explained that, in order to be admissible in New York courts, expert testimony must also pass the Frye test: “whether the expert’s techniques, when properly performed, generate results accepted as reliable within the scientific community generally”, citing People v. Wesley, 83 N.Y. 2d 417, 423 (1994). The Court of Appeals concluded that the two experts in question had failed to meet this test.

Causation and expert opinions are often the key issues in toxic tort cases. For legal assistance in defending claims of lead paint, mold, benzene or other toxic poisoning, or other defense matters or insurance coverage matters in New York, contact the knowledgeable and experienced toxic tort defense attorney Richard A. Fogel for a consultation on your case, at 516-721-7161 (rfogel@rfogellaw.com).