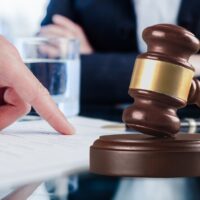 Insurers and insureds often dance around the specific language in a policy in order to attack the other’s position from as many different angles as possible, and they may accidentally destroy their own claims in the process. A New York federal court recently found that an insured’s internally inconsistent statements about what type of loss it suffered were fatal to its action for breach of contract against an insurance company that refused to pay out on claims clearly excluded under the policy. Continue reading for a discussion of the case, and reach out to an experienced New York insurance coverage defense attorney for help defending insurance coverage matters.

The plaintiff experienced an ammonia leak inside its cold-storage area, destroying the product in the storage freezer. The plaintiff estimated the contents of the freezer were worth “700-800k at cost.” After being contacted about the loss, the insurance claims adjuster allegedly told the plaintiff that they could dispose of the contaminated product, which they did. In connection with the ammonia leak, the plaintiff filed two separate claims: One for equipment damage and one for loss of the pie products. The defendant denied coverage for the product loss based on an exclusion for losses caused by food spoilage and agreed to pay $25,000 plus business losses for the equipment damages.

The plaintiff filed a claim for breach of contract against the insurer. The plaintiff claimed that the policy should cover the loss of the pie stock, now stating that the pies had not, in fact, been contaminated. They argued the policy should cover the pies because (1) the insurance company told the plaintiff to discard the pies, and (2) the denial was based only on the policy’s food spoilage exclusion. Plaintiff relied on the “all risk” portion of the policy, rather than food spoilage, which covers the “risk of direct physical loss.” Essentially, they argued that their claim no longer relied on food spoilage, but that instead was loss caused by the disposal of the product, which they claim the insurance company told them to do.

The Western District of New York granted the defendant insurance company’s motion for summary judgment. The court emphasized that, under plaintiff’s internally inconsistent argument, there was no “direct physical loss” to their property. Indeed, they claim the food was not damaged, but instead that the loss occurred because they disposed of the $800k in pie products. The court also rejected the plaintiff’s argument that the defendant first relied on the food spoilage exclusion and now relies on a different exclusion (direct physical loss). Insurers do not waive available defenses when they disclaim liability for a specific reason.

The court did, however, allow the plaintiff’s claim for breach of the implied covenant of good faith and fair dealing to proceed. The plaintiff alleged that the insurance claims adjuster inspected the equipment damage caused by the ammonia but never actually inspected the pies for contamination, and still told the plaintiff to dispose of the product. If true, the plaintiff may be able to convince a jury that the defendant acted in bad faith.