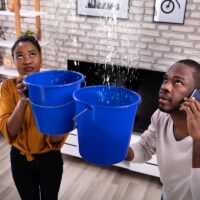 Insurance companies are entitled to rely on policyholders to do their best to reduce the likelihood of damage and to mitigate damage when it does occur. Policyholders cannot intentionally or recklessly let damage to their property occur, do nothing to prevent the spread of damage, and then turn around and try to collect on their insurance policy. To allow recovery in such a circumstance would amount to inviting insurance fraud via inaction. To serve this interest, many insurance policies include requirements that policyholders take certain measures to prevent or mitigate damage. A New York appellate court recently addressed just how specific a policy must be about exclusions based on policyholder negligence. Continue reading to learn about the case, and call a knowledgeable New York insurance coverage defense attorney for help defending against overbroad insurance coverage claims.

The case titled McAleavey v. Chautauqua Patrons Ins. Co. concerned a homeowners insurance policy purchased by the plaintiffs from the defendant to protect their rarely-used seasonal lake house. The house was damaged when an upstairs toilet tank froze and burst, flooding the home. The defendant insurance company refused to cover the loss, based on the policy exclusion pertaining to freezing. The plaintiffs then sued for coverage.

Among other things, the policy provided by the defendant insurance company included a provision concerning “Freezing, Discharge, Leakage or Overflow.” The policy stated that if “the residence is vacant, unoccupied (including temporary absence) or under construction and unoccupied, the insured must take reasonable care to” either “maintain heat in the building” or “shut off the water supply” and remove all liquids from relevant systems. The policy made clear that “[i]f an insured fails to do this, [the insurance company does] not pay for loss caused by freezing or the resulting discharge, leakage, or overflow from such system.”

In this instance, the plaintiffs had not been in the home for 43 days when they learned from a passerby about the flooding. The insurance company denied coverage based on the freezing exclusion, pointing to the fact that the plaintiffs had not entered the home for a month and a half, had not left anyone to inspect the home, had kept the thermostat at 50 degrees, but had not drained the water in the house. The trial court agreed with the insurance company and granted summary judgment in their favor, ruling: “One and a half months without inspection, especially when said months are January and February, results in this Court finding that Plaintiffs lack of care was unreasonable as a matter of law.”

On appeal, the Fourth Department disagreed with the trial court. The appeals court found that “the term ‘reasonable care’ as used in the policy is ambiguous since it is susceptible of at least two reasonable interpretations, at least one of which supports plaintiffs’ contention that they exercised reasonable care.” Whenever a policy is ambiguous as to whether coverage applies, the ambiguity must be resolved in favor of the insured and against the insurer that drafted the contract.

As a result, the appeals court “conclude[d] that plaintiff’s loss is specifically covered under the policy and that the exclusion relied on by defendant does not unambiguously apply in this case.” Because the exclusion did not unambiguously apply, and coverage was otherwise clear, the insurer was liable for the loss as a matter of law. The court went so far as to grant summary judgment in favor of the plaintiffs and remand to the trial court on the issue of damages.

The impact of the court’s decision is not immediately clear. It is concerning that the court appears to suggest that the term “reasonable care” is almost legally ambiguous by definition, suggesting that any policy coverage turning on that term will be decided in favor of the insured by default. Insurers should take care when including such “reasonable care” provisions in the future unless a higher court challenges the Fourth Department’s ruling.

For considered, professional legal guidance on a New York insurance defense or toxic tort claim, contact the Islip offices of Richard A. Fogel at 516-721-7161.