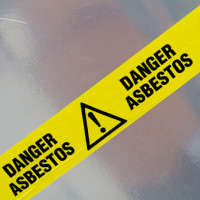 The New York City Asbestos Litigation (“NYCAL”) part in New York State Supreme Court has a troubled history. Deemed the “Number One Judicial Hellhole” by the American Tort Reform Association’s annual report issued in December 2014, the system appears to a number of court-watchers to be highly slanted in favor of plaintiffs. Causation theories that would be grounds for dismissal in any other toxic tort case are routinely rewarded in asbestos cases in the NYCAL part. For example, the plaintiff used asbestos car brake pads once or twice in the sixties or replaced an asbestos floor panel in 1958 without any evidence of this outside of a relative’s self-serving “recollection.” As a result, a small exclusive club of plaintiffs’ asbestos firms have become incredibly wealthy, sponsoring Yankee and Met games on radio and television, running ongoing full page ads in local newspapers such as the New York Times, The Wall Street Journal and the New York Post, and throwing lavish receptions and “seminars” where influential members of the judiciary are often honored guests or featured speakers. These firms are presumed to wield considerable political influence in New York. The recently departed (under a cloud of suspicion) long time powerful speaker of the New York State Assembly, Sheldon Silver, was “of counsel” to one of these plaintiff’s firms, and it was disclosed that it paid Mr. Silver millions of dollars legally for the referral of plaintiffs.

The NYCAL part was formed on the theory that one part would more efficiently handle the flood of asbestos litigation by streamlining the process. Virtually all of the asbestos litigation commenced in New York City and its immediate suburbs end up in Manhattan in front of the same NYCAL judge and Special Master, with special NYCAL rules dictated by a Case Management Order (CMO) that essentially rewrites the statutory CPLR (New York’s civil practice rules) and are completely different from any other litigation, toxic tort or otherwise. Indeed, the longtime NYCAL Judge Helen Freedman (now in the Appellate Division) was known to say to lawyers in her part, “This is asbestos, the CPLR does not apply here.” Plaintiffs routinely file suit against a form list of “usual suspects” which largely consists of defendants that they have successfully recovered from in the past. Defendants cannot file a pre-answer motion to dismiss or demand to see the basis for the suit against them until they first produce all documents in their possession that pertain to any asbestos containing products, services or buildings that they have ever designed, manufactured, distributed or owned, even if those products were manufactured sixty-five years ago and only contained a minor common asbestos component such as asbestos tape around a motor which realistically, few people ever touch. Plaintiffs do not have to respond to discovery demands until after defendants responded. Not surprisingly, when they do respond, plaintiffs often provide the very same documents the defendant provided to them and claim their client used the asbestos containing product(s) that defendant identified. Thus, plaintiffs routinely use the litigation as a fishing expedition to find fresh defendants. Once a defendant is “on the list” and gets sued and produces documents indicating an asbestos product, the defendant can expect to be continually sued for the same product using the same documents by the same plaintiff’s firms, with only the names of plaintiffs changing. It’s not just Fortune 500 companies that caught up in this never-ending litigation. One defendant was “Lou’s Auto Parts” in Brooklyn, which had the misfortune of selling brake pads in the sixties that contained asbestos.

In March 2015, plaintiffs’ attorneys in the NYCAL part strenuously objected to a stay requested by defense attorneys, calling it “neither the time nor the occasion” for a stay and arguing that “extreme prejudice” would befall terminally ill plaintiffs should their cases be stayed. Defendants’ counsel requested a sixty day stay of all proceedings with the exception of certain discovery and depositions in cases on the in extremis docket (involving plaintiffs with the most serious medical conditions), in order to complete the draft of a revised NYCAL CMO for the part. The current CMO was put in place 27 years ago and has been amended a number of times. Upon presenting the request for a stay, a defense representative argued that certain plaintiff’s firms seem to consistently have their claims advanced faster than others, that the system for consolidating cases before NYCAL results in markedly higher per-plaintiff awards than cases involving only one plaintiff, and that discovery disputes seem to be resolved in favor of plaintiffs a disproportionate amount of the time.

The most recent round of controversy began with a 2014 amendment made by then-Chief Judge Sherry Heitler, which permitted the reintroduction of punitive damages in asbestos cases. Such damages had long been deferred by the panel. Plaintiffs stated at the time that the change merely put them on the same footing as any other plaintiff litigating in New York State. Sherry Heitler retired from her post as Chief Judge earlier this year, pursuant to reaching the statutory age cap, and Peter Moulton has been named as her replacement. This change in leadership appears to be sparking movement toward reform of the troubled system by defense counsel.

Defending asbestos litigation is unique and can be long and expensive, especially for New York defendants. Seek out defense counsel you can rely on to zealously represent your interests. Contact the experienced New York asbestos litigation defense attorney Richard Fogel for a consultation on your case, at 516-721-7161 or rfogel@rfogellaw.com.