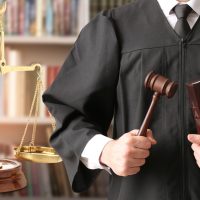 A recent insurance coverage dispute serves as an important reminder regarding the clarity of policy terms: If there’s any ambiguity, courts will bend over backwards to find grounds to force coverage. Appellate courts across multiple jurisdictions agreed with one another that in this instance, even though the underlying liability was explicitly premised on claiming the “funds” the defendants were forced to pay did not constitute “damages,” those funds were nevertheless “damages” for the sake of their insurance policy. Read on to learn about the decision, and call an experienced New York toxic tort and insurance coverage defense attorney for advice and representation.

Court Holds Abatement Funds Are Damages for Insurance Claim, Even Though They Weren’t Damages for Underlying Liability Claim

The case titled Sherwin-Williams Co. v. Certain Underwriters at Lloyd’s London, et al., concerned allegations of lead paint contamination. The underlying legal dispute involved claims by several California counties against Sherwin-Williams, NL Industries, Inc. (NL) and ConAgra Grocery Products Co. (ConAgra) for marketing the use of lead paint in the first half of the 20th century, even though they knew the paint would flake off and become a public health hazard. After a number of claims, decisions, and appeals, the parties ultimately reached a settlement pursuant to which the defendants agreed to pay several hundred million dollars into an abatement fund. The fund would be used by the California municipalities to mitigate the hazards caused by the lead paint, including identifying lead hazards, removing lead dust, and preventing further deterioration of existing lead paint.

Following the settlement, Sherwin-Williams sought coverage from Lloyd’s for its $101.7 million contribution to the abatement fund. The insurer denied coverage, claiming that the abatement order did not constitute “damages” as used in the policy. Sherwin-Williams sued, and the Ohio trial court agreed with the insurance provider.

The trial court’s decision turned heavily on the distinction between “abatement” and “damages” in legal parlance as used by the California courts holding for the plaintiffs against the paint manufacturers. “Damages” were not technically an available remedy in the public nuisance claims brought, and yet the paint manufacturers were forced to pay hundreds of millions of dollars. In finding for the California counties, the court held that the abatement fund constituted an “equitable” remedy, rather than a “legal” remedy (damages). The fund was meant to “eliminate the hazard” causing “prospective harm to the plaintiff,” rather than to provide “compensation to the plaintiff for prior harm,” the normal function of damages.

On appeal, the court reversed and held for Sherwin-Williams. As explained by the appeals court, the “policies with the Insurers provide indemnity coverage for ‘all sums’ Sherwin-Williams becomes ‘legally obligated to pay as damages’ or ‘for damages.’ The policies do not expressly define “damages.’” Because the policy does not expressly define “damages,” the court looked to the “plain and ordinary meaning” of the word.

Here, the abatement funds seemed a lot like damages: “Under Ohio law, ‘damages’ in its plain and ordinary meaning is necessarily broad enough to encompass a variety of remedies, including compensatory damages, injunctive relief, restitution, and other equitable relief.” Prior Ohio cases have held that equitable remedies could constitute damages, such as the cost of environmental cleanup.

The court also relied heavily on recent coverage decisions from California in related disputes. Even though the California court held against Sherwin-Williams on the grounds that the abatement fund did not constitute damages for the sake of the public nuisance claim, the abatement funds were “damages” for the sake of the insurance claim. The cross-jurisdictional agreement on these matters renders the decisions important for insurers in other jurisdictions, including New York.

For thorough and comprehensive legal guidance on a New York insurance defense, toxic tort claim, or products liability claim, contact the Islip offices of Richard A. Fogel at 516-721-7161.