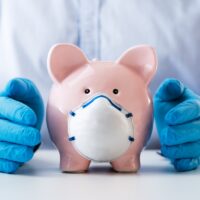 As the coronavirus rages around the world and the economy comes to a standstill, many U.S. businesses are rapidly falling underwater. Some businesses have already begun filing lawsuits to adjudicate whether their policies cover losses caused by the coronavirus pandemic. Read on for a discussion of one lawsuit that may portend things to come due to the coronavirus, and contact an experienced New York insurance coverage defense attorney with any questions.

Michelin-rated restaurateur and owner of Per Se sues insurance provider

A professional chef who owns several Michelin-rated restaurants, including The French Laundry and Per Se, has filed a lawsuit against Hartford Fire Insurance Company in a California state court. The lawsuit requests the court to make a legally binding decision on whether his policy permits him to recover business losses sustained as a result of the coronavirus outbreak.

With quarantine and shelter-in-place orders around the country, most restaurants are closed for in-restaurant dining. The closures are mandated by state and local government orders. Fine dining businesses, in particular, rely on customers eating in; take-out is not typically the modus operandi for such restaurants. Many other businesses are also facing significant interruptions as a result of the shelter orders.

The chef and restaurant owner in this instance filed a claim with his insurer based on business interruption. The business interruption coverage was originally created to cover a portion of lost profits when a business is shut down because of a fire. The basic form requires some sort of property damage (as defined by the policy) which stops the business from operating.Over the years, the coverage and the calculation of damages forms had become some of the most complex language in the policy and one of the costliest coverages. The insurance provider denied the claim for coverage, arguing that there were no “dangerous conditions” at the restaurants. The attorney for the restaurant claimed that civil shutdowns based on a virus outbreak do qualify as a dangerous condition sufficient to satisfy coverage under the policy. He admitted that his lawsuit is specifically intended to establish a legal precedent to allow other businesses under government-forced closure to recover under their business interruption coverage. Other similar lawsuits have started to popup around the country. New Orleans seafood restaurant Oceana Grill filed a lawsuit seeking a declaratory judgment that its insurance policy covers civil authority-ordered closures.

Most 2020 property damage (aka “fire insurance”) polices contain an absolute exclusion for viruses that applies to business interruption coverage. This exclusion was added by the industry after the SARS virus in 2003, which this country was able to mostly avoid. State legislatures in New York and elsewhere are aware of the virus exclusion issue. They have been drafting legislation to create “workarounds,” basically a tax on premium scheme, which would effectively force the insurance industry to provide business interruption coverage during the current pandemic. The legal issue is the legislatures cannot simply pass laws to wipe the virus exclusion out of existence as this would violate the “contracts clause” of the U.S. Constitution, which expressly prohibits the government from interfering in existing legal contracts (but not future ones). Not surprisingly, the industry has lobbied heavily against such workaround legislation, arguing it would bankrupt them to provide such coverage for COVID-19. Stay tuned for future developments on this issue. For now, business owners with the coverage should make a claim to create notice and a record of the claim and let the insurer disclaim based upon the exclusion and lack of property damage.