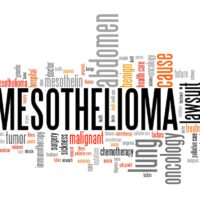 In a brief opinion, the Appellate Division of the First Department overturned a jury verdict in favor of a plaintiff who claimed that talc in the defendant’s product had caused mesothelioma. The decision cited both the 2017 Juni v. A.O. Smith decision, as well as Parker v. Mobil Oil, to support the conclusion that the plaintiff’s evidence that the disease was linked to talc use fell short. Learn more about the recent decision below, and contact a seasoned New York toxic tort defense attorney for more information.

The recently-overturned case is DiScala v. Charles B. Chrystal Co. The plaintiff in DiScala was suing on behalf of a decedent who had died of mesothelioma. The plaintiff had claimed that it was asbestos contained in the defendant’s talc powder, used as a personal care product by the decedent, which caused her to develop mesothelioma. In August 2017, a New York Supreme Court jury found in favor of the plaintiff, awarding $7 million in damages. Judge Martin Shulman rejected a motion by the defendant for a judgment notwithstanding the verdict but did reduce the jury award to $2.5 million after adjusting the award to account for previously-received settlement proceeds.

On June 20, 2019, the Appellate Division entered a two-paragraph decision reversing the jury’s verdict, vacating the judgment, and dismissing the complaint against defendant Whittaker Clark & Daniels. The Appellate Division’s opinion noted that there was not sufficient evidence “that the decedent was exposed to sufficient levels of asbestos in defendant’s talc to cause mesothelioma.” The opinion pointed out that the plaintiff’s expert on causation had “merely opined that the decedent’s exposure to unspecified ‘detectable’ or ‘significant’ levels of asbestos in the talcum product she used caused her mesothelioma.” While a plaintiff does not need to prove the level of exposure with “mathematical precision,” the opinion went on, “in this case the evidence failed to establish a level of exposure sufficient to cause the illness.”

Talc exposure claims have been one of the leading sources of new mesothelioma lawsuits in recent years, but they remain a controversial source of liability. Many talc manufacturers, Johnson & Johnson being the most prominent among them, argue that, even if there is a trace amount of asbestos in cosmetic talc powders (a claim they dispute), it would not be possible for even an avid user to inhale enough of the powder to develop mesothelioma. With the courts’ rulings in DiScala and Juni, New York courts have shown a growing willingness to insist that plaintiffs not only prove that a substance can cause their disease, but also that they prove how they were exposed to a sufficient amount of the substance to result in development of the disease.

If you need seasoned and knowledgeable legal counsel on a toxic tort claim or insurance defense matter in New York, contact the Islip offices of Richard A. Fogel at 516-721-7161.