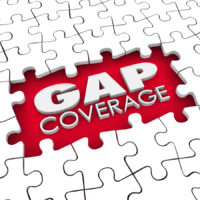 A recent decision before the First Department (Manhattan) of the New York Appellate Division has found that, in a case of environmental property damage occurring over the course of decades, the insured, rather than the insurer, is responsible for losses occurring during gaps in coverage even if the insured was unable to obtain insurance coverage for that time period because it was not available for the environmental liability.

In Keyspan Gas E. Corp v. Munich Reins. Am., Inc., the plaintiff assumed the liabilities of a number of utilities on Long Island including LILCO, LIPA and many of their predecessors going back over a century, for manufactured gas plants (MGPs) across Long Island. Prior to the widespread availability of natural gas, utilities manufactured gas from coal that was used to light lamps on roadways, streets and eventually houses. The last of the MGPs closed in the 1970s, but coal tar and related contaminants were left behind in the soil, surface and ground waters near the MGPS where waste was routinely discharged. Over the course of years, the plume of contaminants moved with the groundwater, polluting more soil, ground and surface waters. The New York State Department of Environmental Conservation required plaintiff and its predecessors to clean up the mess. In 1997, LILCO commenced insurance coverage litigation against all the primary and excess liability insurers it could locate for the various MGPs, dating back to the 1950s, including Century Indemnity, for the cleanup costs for damage occurring between 1903 and 2012. Over the years of the litigation, most of the insurers were dismissed based upon various grounds (this firm represented one of the insurers that was dismissed long ago), but Century Indemnity and Keyspan (as LILCO’s successor) remained in the litigation. Century Indemnity had primary coverage for a 16-year period during the century at issue but there were obviously gaps in coverage that Keyspan argued was there because the MGPs had been unable to obtain coverage in the marketplace.

Century moved for summary judgment arguing it had no contractual obligation to provide coverage for damage that occurred outside the policy period of its specific policies. Keyspan argued that the standard “all sums” language of the Century Indemnity policies required a broader interpretation. The lower court held Century liable for coverage during the period that no insurance coverage could be obtained in the marketplace, and Century appealed. Century argued that the risk should be allocated on a pro rata basis and that, under this approach, the insured should be responsible for clean-up costs for damage during gaps in coverage, even if the gap was cause by the unavailability of insurance. This left Century liable only for the portion of damages which occurred during the 16 years of its policy coverage (an issue that would likely require a trial and is problematic in the case of long term continuous pollution). The Appellate Division agreed with Century and reversed the lower court’s decision.

The Appellate Division compared the two main methods for apportioning liability in “long tail claims”: The Con Edison approach and the Viking Pump approach. In the Con Edison case, New York’s highest court ruled that allocating risk on a pro rata basis was appropriate where the policy stated that accidents would be covered when they occurred “during the policy period.” (This firm was also involved in the Con Ed case). In Viking Pump, the high court ruled that, when a policy had an anti-stacking or non-cumulation provision, the pro rata method should not be used. The Appellate Division then took guidance from cases from other states which had, unlike New York, already dealt with apportioning liability in continuous trigger claims. The court concluded that, since the Century Indemnity policy did not contain any anti-stacking provisions, and since the policy provided for coverage that occurred “during the policy period,” a pro rata allocation of risk should be used. The court held that Keyspan was liable for the costs of cleanup for the gaps in coverage.

If you are in need of skilled, experienced, and effective coverage counsel, contact the Law Offices of Richard A. Fogel for a consultation, at 516-721-7161.

By Richard A. Fogel | Posted on December 29, 2016
Skip footer and go back to main navigation