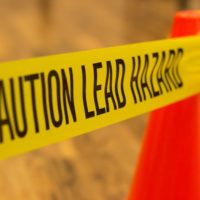 New York’s rules governing when someone may file suit based on injuries received from toxic exposure are very generous, allowing decades to pass between the original exposure and the date by which the plaintiff must file suit. In a recent ruling by the Appellate Division, the judges determined that a woman had waited too long between discovering that she had been the victim of lead paint poisoning and taking action on her claim, exposing the limits of the discovery rule.

The case, titled Vasilatos v. Dzamba, was based on the claims of a 28-year-old woman who alleges that she suffered negative cognitive effects due to being exposed to paint in an apartment owned by the defendant. The plaintiff lived in an apartment owned by defendant as a young child, and often visited a neighboring apartment. As far back as July of 1990, when plaintiff was four years old, her blood tested positive for elevated lead levels. In the ensuing years of elementary and high school, and into her adulthood, the young woman experienced cognitive defects which she attributed to lead poisoning. In December of 2014, when plaintiff was 28 years old, she filed a lawsuit against the former landlord and the neighbor based on her symptoms of lead poisoning.

The defendants moved to dismiss plaintiffs’ claim, arguing that it was barred by the statute of limitations. Under New York law, the statute of limitations on a personal injury claim suffered by a minor is tolled (essentially, paused) until the plaintiff reaches her 18th birthday. Once the plaintiff reaches the age of majority, she has three years to file suit. An additional statute called “the discovery rule” can extend that tolling period. The person claiming toxic exposure has three years from the date the injury was discovered, or from when the injury should have been discovered “through the exercise of reasonable diligence,” whichever comes earlier.

To support their motion to dismiss, the defendants produced records showing that plaintiff was treated in the early 1990s for symptoms of lead poisoning. Her school records indicated that she had exhibited “slowed development” and had been diagnosed with a learning disability. The court also pointed out that the “dangers of exposure to lead-based paint, especially to young children, are well documented.” The court agreed with the defendants that the plaintiff knew or should have known that her symptoms of cognitive delay and the need for remedial education were related to the lead poisoning, for which she had received a positive test in the 1990s so the fact that she waited more than three years after reaching age eighteen barred her claim.

For assistance with New York legal issues related to lead paint, toxic mold, or other toxic torts, contact the seasoned and knowledgeable Long Island toxic tort defense attorney Richard A. Fogel for a consultation at 516-721-7161.