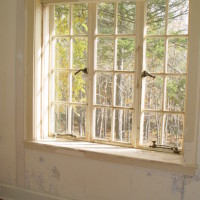 In S.T. v. 1727-29 LLC, 2020 WL 3454555 (1st Dep’t June 25, 2020), the Manhattan branch of the Appellate Division held that the plaintiff is not entitled to summary judgment on liability where the defendant landlord/property manager produces expert testimony that challenges causation of the alleged injuries, despite egregious facts regarding the condition of the apartment.

The largely uncontested testimony was that the landlord was aware that an infant plaintiff was residing in a Section 8 (federally subsidized private housing for the homeless) apartment in the Bronx that had peeling paint. According to the superintendent of the building, the landlord refused to paint the apartment because of cost despite numerous requests, knowledge of peeling paint and knowledge that other apartments contained lead paint. Eventually forty-seven lead paint violations were found in the apartment. The child was ultimately diagnosed with very high blood lead levels (in excess of 40 ugms/dl) and the plaintiff’s expert opined that the child had resulting brain damage and developmental delays. Defendant’s expert countered that the infant’s injuries was the result of drug use by the mother during pregnancy and genetic inheritance of low IQ and psychotic disorder. The defendant conceded the Local Law 1 (NYCAC § 27-2013 et seq.) applied but argued a defense under that statute that the lead paint existed despite its reasonable efforts citing an inspection of the apartment by a third party that failed to note any issues but was ambiguous about whether the apartment was checked for lead paint. The lower court denied summary judgment for plaintiff explaining that the evidence raised questions of fact as to the reasonableness of defendant’s actions under Local Law 1 and as to causation. Plaintiff appealed the denial of summary judgment.

The Appellate Division held that the defendants did not act reasonably as a matter of law and plaintiff established prima facie liability under Local Law 1. The court explained that under Local Law 1, it was irrelevant whether defendant knew of the peeling paint. The defendant knew the child was present and the building was built prior to 1960. The Court also dismissed the “reasonable efforts” defense, noting that lead paint violations were found in over one dozen apartments in the building. The Court explains that the point of Local Law 1 is to make landlords act pro-actively; before a child is diagnosed with lead paint.

However, the Court affirmed the lower court decision denying summary judgment to plaintiffs because the causation evidence raised questions of fact for the jury to resolve. The court expressly distinguished between general causation of blood lead poisoning which was uncontested and specific causation of the claimed injuries which is disputed by the expert evidence. It is common in lead paint cases for plaintiffs to argue there was lead paint in the apartment and without further evidence conclude that the lead paint caused the blood lead levels and specifically caused a generalized host of vague and often unsupported specific injuries such as low IQ. The decision affirms that plaintiff has to prove causation of these injuries by the lead paint.

Contact the Law offices of Richard A. Fogel, P.C. (516-721-7161) for further information and advice on lead paint and other toxic tort liabilities.